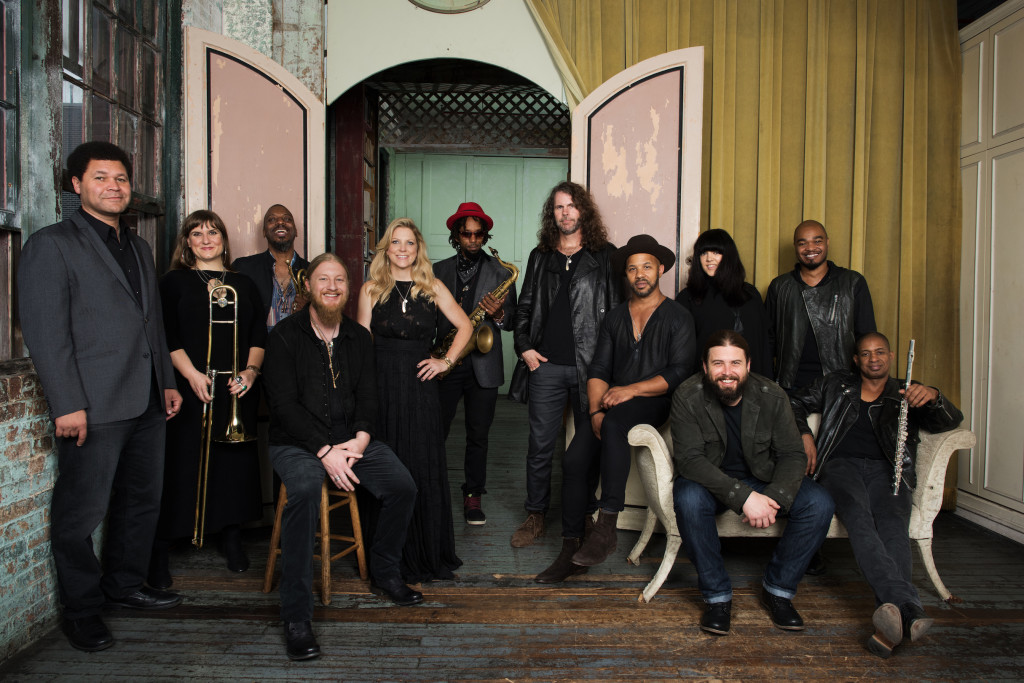 There’s a lot of sacrifice that goes into a band like this and the fact that everybody’s on board musically, hearts and minds, makes it very humbling. There are nights on stage when I think I don’t know if it’s ever been more fun to be in a band and be on the road and be alive than it is right now with a group like this ~Derek Trucks

It’s 5:15 am, and as usual I’m getting out of bed and shuffling off to the kitchen to make my coffee. It’s early and very quiet. It’s also my favorite time to catch-up on some music. I was especially motivated to check out the latest release Let Me Get By, from the Tedeschi Trucks Band; as I heard so many good things.

Recalling a recent tweet on the band’s Twitter account that said, “We’ve been waiting to share this with you for a long time,” I started to listen. The slow build up of Trucks’ slide and Tedeschi’s voice on the opening track, “Anyhow,” and it didn’t take long to realize what they meant. Something special was happening indeed. The album caught my attention, and I was immediately hooked.

Let Me Get By is the third and latest studio album from the group. It’s the first self-produced, written and mixed recording at their Swamp Raga Studios in Jacksonville, Florida. It features ten entertaining catchy originals that will capture your imagination and satisfy your soul.

Let Me Get By – Track Listings:

As you segue to the album’s second track, “Laugh About It,” you’re swept away by Trucks’ outstanding fretwork as it wails alongside Tedeschi’s vocal proneness and Kofi Burbidge’s stunning keyboards. From the gospel influenced “Don’t Know What It Means,” to the jovial “Right On Time,” where Mike Mattison is featured on lead vocals, the band continues to show its diversity. It doesn’t stop there, as the title track “Let Me Get by,” and its infectious groove keep things rolling…

In the Second Half of  “Let Me Get By” 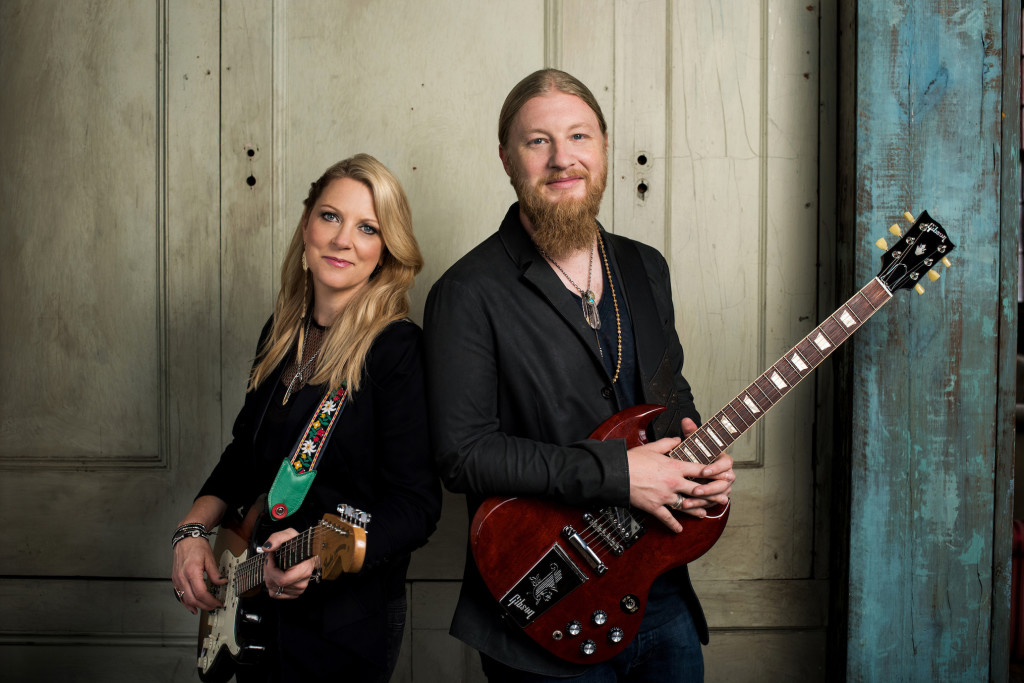 The band is joined on three songs which are co-produced and written by guitarist extraordinaire Doyle Bramhall II. The swampy and expressive “Just As Strange,” and the heartfelt “Hear Me,” where Tedeschi’s wonderful vocals, along with Trucks’ playing, provide some exceptional moments. Mattison takes the lead once more with “Crying Over You/Swamp Raga,” a blistering tune with several cool themes. One of the more dynamic tracks is the vivaciously funky “I Want More,” which will help get your groove on. The album closes with the terrific horn infused “In Every Heart.” Tedeschi’s glorious harmonies and Trucks’ exceptional guitar phrasing continuously shine.

The musicianship and passion on Let Me Get By is unmistakable. While I enjoyed the debut album in 2011, the Grammy nominated Revelator, and their previous release Made Up Mind in 2013, Let Me Get By in my opinion, is the best effort by the Tedeschi Trucks Band to date. With more time dedicated to the development of the band, TTB has created a truly spectacular album. Whether it’s blues, R&B, gospel, Memphis soul or New Orleans jazz, the music on this album is incredible. Pure musical bliss! What a great Sunday morning listen. I played the album several times over the course of the day, and I’m sure it will be on my playlist for some time to come. I just can’t get enough.

Last week, Tedeschi Trucks Band played at the historic Apollo Theater in New York City to celebrate the release of this terrific album. Ever see this awesome 12-piece band perform live? Have you checked out the latest release from TTB, Let Me Get By? If not, what are you waiting for? If anyone is going to any of the gigs listed above, I’d love to hear from you! Please feel free to share your thoughts in the comment box below.