(Today I’m featuring a guest post by Grace Beckett, who briefly notes some of the top jazz musicians of all time. I’ve also included video and audio playlists for each artist, as well as links for additional  information. Please share your thoughts in the comment area below the post… If you’d like to contribute a guest post for The Blues Blogger, please click here for further details. )

was born in America and is a depiction of the diversity in the culture and the individuals in the country. This form of music is open to changes, and allows individuals to express themselves through the music. It has evolved into so many different styles that it becomes impossible to relate the tunes. We have seen many great jazz artists who have completely revolutionized the jazz scene.

Here is a note on some of my top jazz musicians all time.

Charles Mingus’s style was seen something as a rebellion by some, whereas the youth saw it as a revolution. He was never gentle about the tunes and it went to a point where it seemed impolite. Yet, there was something energizing about the music.

The dirty jazz style seemed revolutionary and educational at the same time. What it did to the entire jazz music stream is  prove that you do not have to stick with the mainstream style to produce enjoyable music. 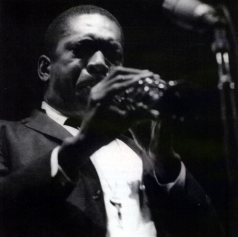 John Coltrane treated Jazz like mathematics in a way. His compositions were perfectly composed and more importantly, well formulated. When you hear his music, you get a spiritual feel.

Saxophone was one of the most predominant instruments he used in his compositions and it seemed that he channeled the entire divine feel through that instrument. 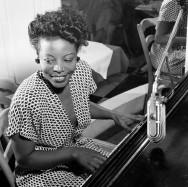 She was one of the few jazz artists who were accepted by the classical music world also. Her uniqueness was in her flexibility. She switched from one style to the other every decade, while still retaining her Jazz roots.

One of the things that she accomplished was to be on both sides of classical music and jazz music. That is not something that even talented contemporary musicians with all their latest equipment can manage to do. She was a pianist, composer and above all, the most important woman in the history of jazz.

Nat Cole was a household name in his time. He established himself as a sole performer, not just a big band musician.

Miles Davis created a type of music that not many people could relate to. Understanding his songs or even  the music was a herculean task. Yet, all you felt like doing when Miles Davis was playing was hear and hear. There was some unidentifiable charm that attracted people to Davis’ music.

It seemed exotic in a way and interestingly, people seemed to use it to soothe themselves even though the music did not seem soothing  the first time.

Although there are many jazz music bands, the individual performers have always stood out of the bunch. This is because the types of music that they compose and play depict their personality. All the people who have been mentioned here were artists who had dedicated their lives to music as long as they were alive; another reason for featuring them in the list of all time greats.

The author, Grace, is an expert associated with Finesse Entertainment Limited. You can visit finesseentertainment.co.uk to know more about the author and services offered by the organization.

2 Responses to “Top Jazz Musicians of All Time”