He was like another one of my sons… Jeff Healey…(exhales hard)… oh my God… ~B.B. King

Now I’m always a little nervous listening to posthumous albums as expectations can run rather high. However, I’ve played Heal My Soul many times over the past few weeks, and it’s truly outstanding. The songs were written while Healey was at an artistic crossroads, and opens a door that shines ever so brightly.

Right from the opening track – the voracious rocker “Daze of the Night,”- you’re taken on a magical journey through some of the most creative and entertaining moments in Healey’s career. On the following track “Moodswing,” I noticed Healey’s voice and fretwork are mixed in such a way that keeps things fresh and perhaps a little surreal at times. I knew I was hooked the first time I heard the acoustic ballads “Baby Blue” and “All the Saints.” These are well-crafted passionate songs that left me speechless. (Checkout the lyric video of “Baby Blue” below)

As I continued to listen, I flashed-back to a snapshot in time over 30 years ago…

I remember strolling along Queen Street in Toronto after partying with some friends. I was slowly making my way home, when I got distracted by the sound of wailing guitar riffs resonating in the warm evening breeze. I never heard anything quite like it before, and haven’t since. Mesmerized, I gravitated into the Pine Tree Tavern. The place was bursting at the seams as everyone had their sights glued to the performers on stage. Most of us in the crowd heard The Jeff Healey Band for the first time that evening. I remember standing there in astonishment; realizing we were all witnessing a promising star first hand.

Looking back, I always considered myself very fortunate I was there at that moment in time. A similar feeling I’m sure most people felt the first time they experienced Healey play live. It wouldn’t be too long after, that the rest of the world would catch on and Healey would be a household name. 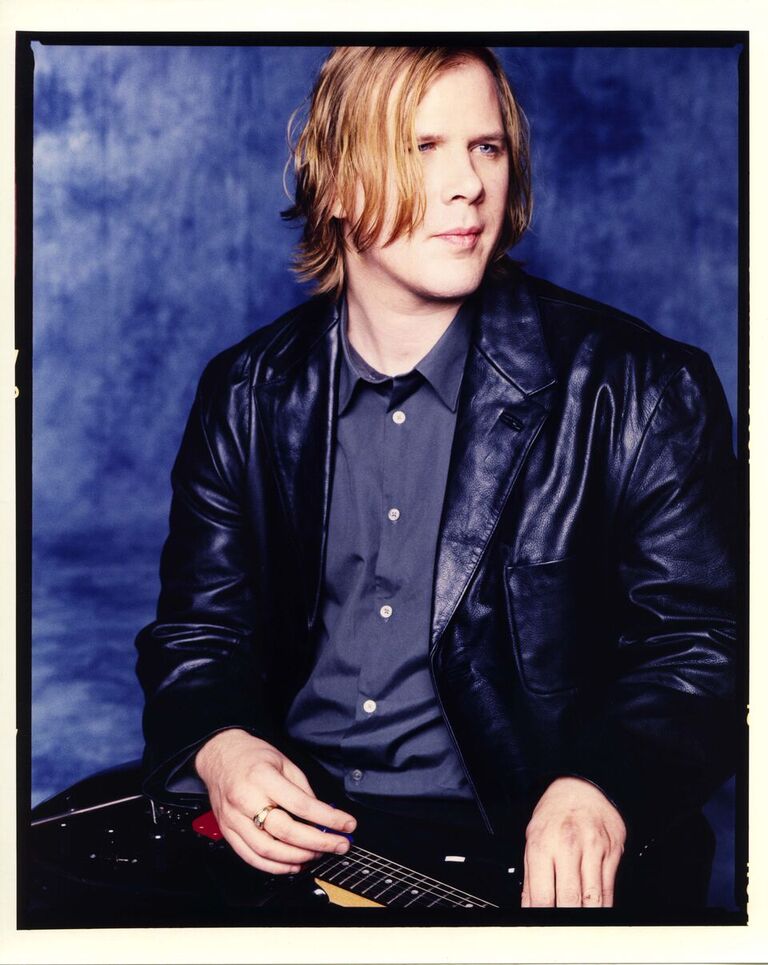 Jeff Healey was born in Toronto’s west end. He was most noted as being the blind performer who uniquely played his guitar flat on his lap. He lost his vision at the age of one due to retinoblastoma; a rare form of eye cancer. Regardless of his infliction, he started to play guitar the age of three; continuing to hone his unique style of playing.

At seventeen Healey formed a four-piece band called the Blue Direction, playing at various local clubs in the Toronto area. Shortly after, he was introduced to bassist Joe Rockman and drummer Tom Stephan. Together they formed a trio and played the Queen Street bar circuit. (It was at this point in time that I stepped into the Pine Tree Tavern that night.)

A write up in Toronto’s Now Magazine gave The Jeff Healey Band a push in the right direction. They continued to play nightly at the best clubs in town. They signed with Arista Records and in 1988 released the Grammy nominated album See the Light, which included the hit single “Angel Eyes.” Jeff and the band were also featured in the movie Road House, which came about when screenwriter David Lee Henry saw Healey playing and was inspired…

Their stock rose quickly and the band was recording and gigging with artists such as B.B. King, Stevie Ray Vaughan, John Mayall, George Harrison, Eric Clapton and the Rolling Stones. To name only a few… However, Healey never got too enamored with his success. He was more into vintage jazz, and amassed a huge record collection of over thirty thousand 78 LP’s. From time to time Jeff hosted a CBC Radio program titled, “My Kind of Jazz,” in which he played records from his collection.

In his later years, Healey taught himself trumpet, and further explored his fascination with traditional 1920’s and 30’s jazz. He released two classic jazz albums – 2002’s Among Friends and 2004’s Adventures in Jazzland. He would also continue to sit in with local Toronto jazz bands throughout his career.

Healey lived cancer free for over 37 years. He died on March 2, 2008 at age 41 after a three-year battle with a second bout of cancer.

Getting Back to Heal My Soul

The music is so good on this record I can’t imagine it being lost and never heard. There’s stunning songs like the foot-tapping and intoxicating “Temptation”; an acoustic and electric blend of seductive blues rock. “Love in Her Eyes,” and its driving rock rhythms had me running laps at the gym with increased vigor. Healey also does a couple of catchy covers giving Richard Thompson’s “I Misunderstood” an edgy soulful groove. Soaked in exquisite funk/rock fashion, “Put The Shoe On The Other Foot” originally done by Albert Collins, is another ballsy stand-out. 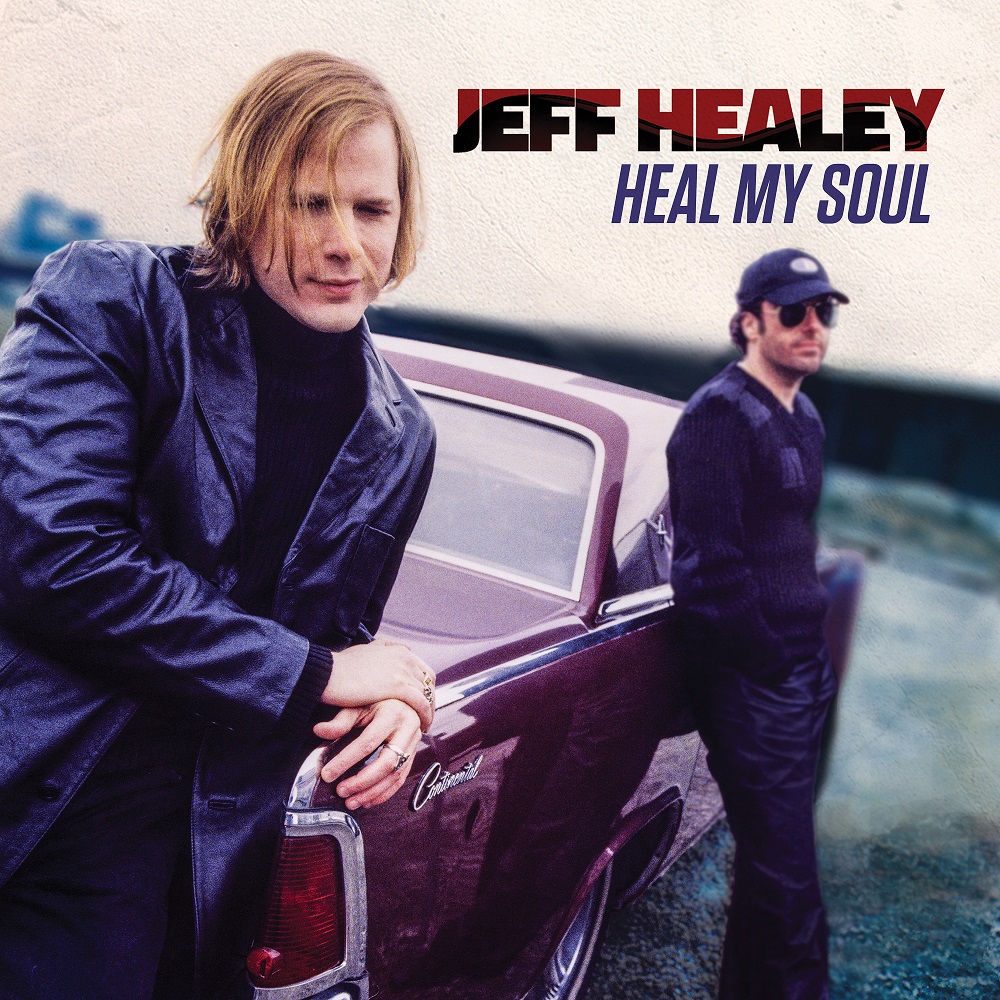 More than aware of the stigma surrounding posthumous releases, Christie Healey (Jeff’s widow) and Roger Costa (best friend and co-executor of the Healey Estate) and all the crew responsible for this album, have made every effort in making this a truly spectacular album. Jeff Healey fans have nothing to worry about here. Heal My Soul is a meticulously crafted heartfelt tribute to a gifted musician who left us far too soon.

In a statement The Healey Estate says,

Heal My Soul is a project that we have wanted to tackle for years. A ‘lost’ album, it contains material recorded during one of the most creative periods in Jeff’s rock career. Until now, it has never seen the light of day. Jeff was very proud of this work and it features some of the most powerful and impassioned performances he ever committed to record. With complete creative control we’ve laboured hard, tracking down recordings, identifying the right performances, restoring them to their proper stature and mixing and mastering them from the ground up. This has been a true labour of love for us from beginning to end and we’re absolutely thrilled to be able to finally share this significant release with the world. ~Roger Costa

The highlights are everywhere on this recording, and I can’t think of a weak song in the bunch. It just may be one of the best Jeff Healey albums ever released. It’s pure medicine for the soul, and a wonderful tribute to an extraordinary artist who would have celebrated his 50th Birthday on this day.

Are you familiar with Jeff Healey? Have you heard any of the songs on the new release Heal My Soul yet? Please share your thoughts, and 50th Birthday wishes in the comment area below.