marks what would have been the 100th birthday of the greatest drummer who ever lived. This post’s intention is take you back and reflect upon this great man. And perhaps for those that are younger, create some awareness of this extraordinary and influential musician… I didn’t want this Thursday to be an afterthought… I wanted to write something because I always felt connected to Krupa’s music through my father’s admiration of him.

Last spring I wrote an article called Gene Krupa:The King of Cool. It was very special to me, as I so fondly recall my early youth when my father seemed to play Krupa’s LP’s daily… One of the comments from that article mentions how Krupa achieved “Supreme Greatness.” Tough to dispute! Just ask any knowledgeable drummer alive today and there will be very little argument… Clicking the above link will take you to that article.

Father of the Drum Solo and Modern Drum Set 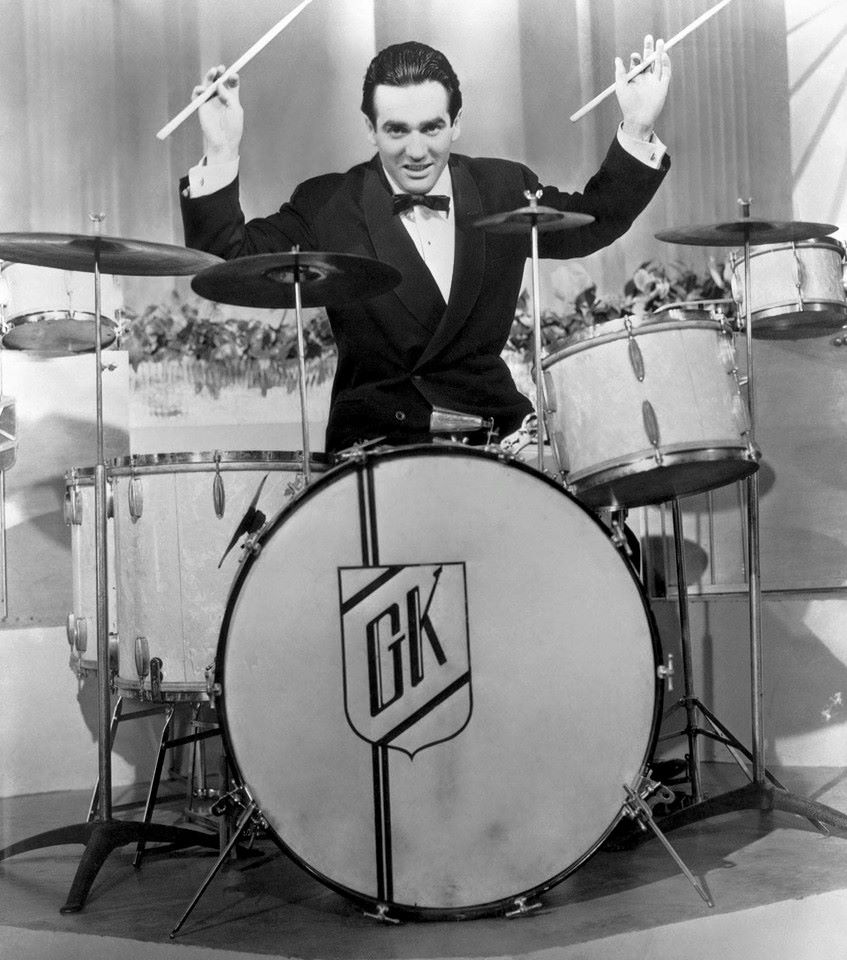 Prior to Krupa drummers were mostly known as time keepers. Gene introduced extended drum solos into jazz swing music… He is also known for convincing H.H. Slingerland, of Slingerland Drums to make tunable tom-toms and was a loyal endorser of theirs from 1936 until his death in 1973. He was also called on by Avedis Zildjian to help develop the modern hi-hat cymbals. Gene’s very first recording session in December 1927 was very historical as well. It represented the first time a drummer recorded with a bass drum. Producer Tommy Rockwell was noted as being hesitant, but eventually gave in saying…

“All right, but I’m afraid the bass drum and those tom-toms will knock the needle off the wax and into the street.”

I will never claim to be an expert on any genre of music. I’m just a guy who is deeply moved and inspired by music in general. But for me the music of Gene Krupa is where my love of music truly began. In fact it was the first beat I probably ever heard; as my father would swaddle me and swing back and forth to the rhythm of the music.

Today I find Krupa’s music nurturing to both my heart and soul… Even though my father and Gene Krupa are no longer with us, the era and musical spirit will forever live deep inside my fondest memories of being a kid.

The following quote from Anatomy of a Drum Solo, best describes in my opinion Krupa’s influence on a modern day drummer:

…before I ever touched a pair of drumsticks or knew what a snare drum was, I saw The Gene Krupa Story on late-night TV. To the boy I was then, the notion of being a drummer seemed exciting, glamorous, elegant, and dangerous, and my eyes must have been shining with inspiration and desire. I remember thinking, “I wanna do that!”
—Neil Peart

All of your thoughts and comments on this amazing man are most welcome… Do you have any memories of Gene Krupa you would like to share? I know I will definitely have some of Krupa’s music on my playlist for this Thursday…