On Sunday February 14th 2016, Magic Sam would have been 79 years old… The following article was originally written in 2008, and is my memory of this amazing blues legend.

FLASHBACK TO THE LATE SIXTIES


As far back as I can remember, I’ve had a passion for music. There was always something playing in our house. In my sister’s room you could hear The Beatles, Rolling Stones, or The Monkees. My father would be listening to Gene Krupa, Bennie Goodman or Frank Sinatra in the family room. For me, the blues would be the first audible sounds that I recall.

I shared a bedroom with my brother who was an aspiring musician. He would continuously practice on his unplugged baby blue Fender all night long, far into the wee hours of the morning. Blistering blues and classic rock guitar licks were embedded into my young mind. And as a result, I developed an appreciation and love for music well beyond my years. All I talked about was music, and my friends thought that was rather strange. Perhaps it was, after-all I was only six years old at the time.

My brother, eight years older and an early teen at the time, was in a blues band. He and his friends would rehearse in our basement, often leaving behind some of their equipment for the next get together. I loved hanging out during rehearsals, but what I enjoyed even more (when no one was around) was fooling around with some of the gear. I also liked listening to my brother’s 33 & 1/3rds that were stacked by his Champ Amp. Records like East West from Paul Butterfield, A Hard Road by John Mayall and The Blues Breakers, Truth by The Jeff Beck Group, Wheels of Fire by Cream, and A Man and the Blues by Buddy Guy – just to name a few.

Of course, touching the LP’s, or any of the instruments was strictly forbidden. However, I had trouble understanding this notion. One of the songs in my brother’s collection caught my attention. The album was entitled West Side Soul and the song (originally released on Cobra in 1957) was called “All Your Love.” There was something about the tune that struck a chord.

So I queued the song on our Admiral wooden console stereo system, grabbed my brother’s axe, plugged in his amp, and pretended to play along… 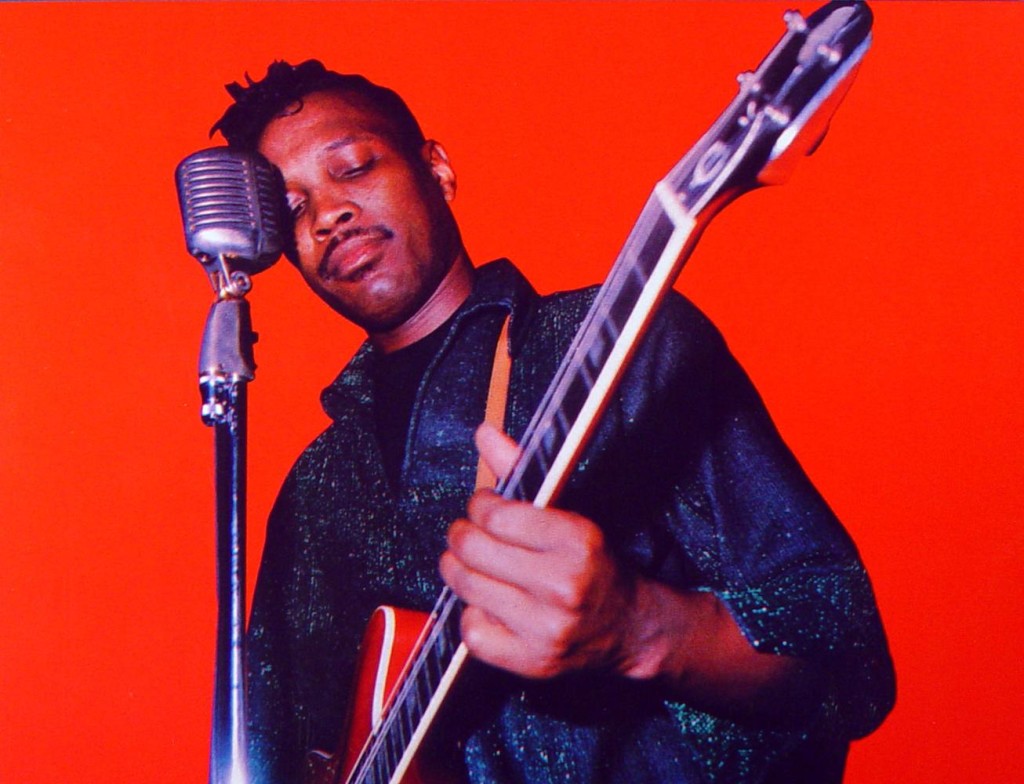 was born in Grenada, Mississippi, on February 14, 1937 into a sharecropping household. Even though his family had no musical background, the youthful Sam was intrigued by the sounds he heard playing at local parties and picnics. He would create his own makeshift guitars from cigar boxes, and by the time his family relocated to Chicago in 1950, Sam was already quite proficient playing the guitar. Soon he began to play professionally, first with the gospel group The Morning View Special and then with the popular Homesick James Band.

Sam’s tone and finger picking style was an entirely original concept when he premiered it on Eli Toscano’s Cobra label in 1957. The guitarist had been gigging as Good Rocking Sam, but Toscano wanted to change his nickname. Eventually he would become known as Magic Sam; a play on words based on his real last name.

His Cobra debut single, “All Your Love,” was an instant local hit. “Everything Gonna Be Alright” and “Easy Baby” borrowed much the same melody but still remained powerful.

Cobra achieved local success, but they didn’t find much recognition outside of Chicago, and by 1960 the company closed its doors. After Cobra folded, Magic Sam didn’t follow his label mates Otis Rush and Magic Slim over to Chess. Sam’s life took a different turn as he was drafted into the Army. Several weeks after being drafted, he deserted and returned to Chicago and recorded some tunes for the Chief label. The Army would eventually catch up with Magic Sam and sentenced him to a military prison. Six months later he received a dishonorable discharge in 1961. 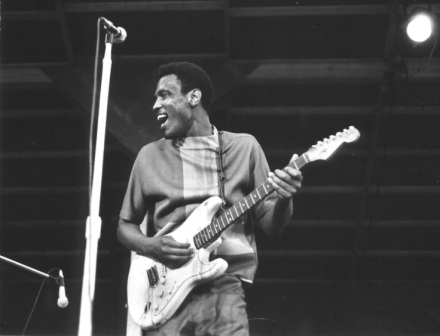 Returning again to Chicago, he renewed his work with Willie Dixon and recorded a cover of “Hi Heel Sneakers” for CBS and a few selections for Crash Records. Sam grew tired of just releasing singles and wanted to do a full-length album.

In 1967 he finally caught the attention of Bob Koester, owner of Delmark Records. Koester was enjoying the success he obtained with Junior Wells’ Hoodoo Man Blues and signed Magic Sam to a contract, giving him the opportunity to do his first album.

Magic Sam created two landmark albums for Delmark Records; 1967’s West Side Soul and then Black Magic the following year. Both of these LP’s showcased Sam’s immense talent and will go down as some of the finest blues ever recorded.

Back In The House I Grew Up

I believe in my mind I came pretty close to nailing the song. It really didn’t matter. I wasn’t playing for anyone but my own imagination. It wasn’t the technique of playing the guitar that excited me. It was the expressive tone of the strings as they resonated from the amp…

At that moment, although not interested in being a musician, something inside of me knew music was going to be a big part of my life one day…

Back in the late sixties, Sam’s reputation was sky rocketing, and at the height of his career he would amaze an overflowed crowd at the 1969 Ann Arbor Blues Festival. As he headed for international stardom, heart problems took their toll on Sam’s health. On the morning of December 1st of 1969, he complained of heartburn, collapsed, and passed away of a heart attack. He was only 32 years old …

An awesome talent and major inspiration was lost.

West Side Soul is an absolute must own for anyone interested in the blues. Magic Sam knew how to blend all the right ingredients into one tasty soulful package.

Do you have a favorite Magic Sam moment or song you love or remember? If you do, please feel free to comment in the area below.