The following article was written back in October 2009… At the time it was the 2nd anniversary of my blog, and I was reminiscing about the Paul Butterfield Blues Band’s album East West, and the influence it had on so many people. In 2009 PBBB still wasn’t recognized by the Rock & Roll Hall of Fame, and you could feel the unsatisfied tone in the comments below the article – Its now August 2016, and the album celebrates its 50th Anniversary this month. PBBB also got their rightful place in the Rock & Roll Hall of Fame in 2015 – So I thought I’d touch-up one of my past articles with some updated links to mark the occasion… Enjoy! ~tbb

This was the timeframe where I succeeded in freaking out my entire family when the news surfaced of my sudden heart attack. There were a lot of questions at the time, but all we could do was be patient and listen to doctor’s orders. After the initial drama subsided, I calmly lay in my hospital bed; reminiscing about things I hadn’t thought about in a long time. I turned my head and gazed out the window at the luminous city lights. Crazy how one day everything can be going fine – and then suddenly – change so fast.

Closing my eyes, I slipped backwards into time; scenes from the past entered into my reflective mind…

In the Mid to Late Sixties


There was always something spinning on the turntable in my household. My mother would play Tom Jones records while dancing with the vacuum to songs like “Its Not Unusual,” and “What’s New Pussycat.” If my sister wasn’t watching The Monkees television show, or telling me off –  she’d be listening to “Revolver“ by The Beatles. When my father got his turn, he’d choose to listen to his big jazz band favourites Gene Krupa or Benny Goodman. And when the music stopped, he’d reminisce about WW2. Then take out the harp that he stashed in his pocket, and play tunes like “When Johnny Comes Marching Home Again.” Afterwards, he would reply, “Do you want to hear it backwards?” He would then turn completely around and play the song over again. My dad was a serious character.

However, the best scene was in the room I shared with my older brother. Eight years older than me and an aspiring guitarist, he would practice endlessly into the night as I pretended to sleep in the bunk bed above. (Later in life I realized just how much those early years influenced my taste in music) Unfortunately I was a bit too young to remember all the details of the music that surrounded me back then. However,  I do recall many of the records he collected over the years.

Now it was forbidden for me to touch his albums because of my age. But like any other kid I didn’t really listen well. So whenever he wasn’t home, I was all over those LP’s. There was one in particular I gravitated towards because I heard my brother practice along to it many times. Not wanting to get caught, I ever so carefully slid The Butterfield Blues Band’s East West record out of its cardboard sleeve and placed it on the turntable. I lined up the stylus ever so carefully, and it popped into its groove – without even as much of a scratch – this time!

The opening cut “Walkin’ Blues” played, and its rich soulful sound filled the room. Listening to the album, I recalled some of those evening where I pretended to sleep… I also recognized songs like “Work Song” and “Two Trains Running” that he covered with his blues band when they rehearsed in the basement of our house. It was these moments where I realized that music was something I wanted to be a part of somehow. But I was young, so there was still plenty of time to figure that stuff out… 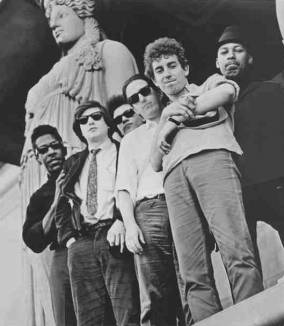 was one of those rare ensembles that were soulful, charismatic and incredibly influential. Two major players stood out as soloists in the group; Paul Butterfield, a talented harmonica player and vocalist, and Michael Bloomfield on electric guitar. On East West both get a chance to display expressive originality. The contrast between Bloomfield and Elvin Bishop’s more traditional solos are nothing short of spectacular.

Butterfield was born and raised in Chicago’s Hyde Park neighbourhood. As a teenager, he studied flute and later developed a love for the blues harmonica. Teaming up with the blues loving Elvin Bishop, they both began hanging around musicians such as Muddy Waters, Howlin’ Wolf, and Junior Wells. Forming a band together with Jerome Arnold, Sam Lay and Bloomfield – they began introducing the blues to a whole new audience.

Butterfield and Bloomfield composed the title track East West. This tune would create a unique shift in music history. It was more of a jazz eastern Indian raga piece with long improvisational solos by members of the band. At this point in time no one heard much of the sitar in blues, but Bloomfield manipulated his guitar to create a sound that was totally unique at the time. Butterfield complimented Bloomfield with a distinctive harmonica sound of his own. 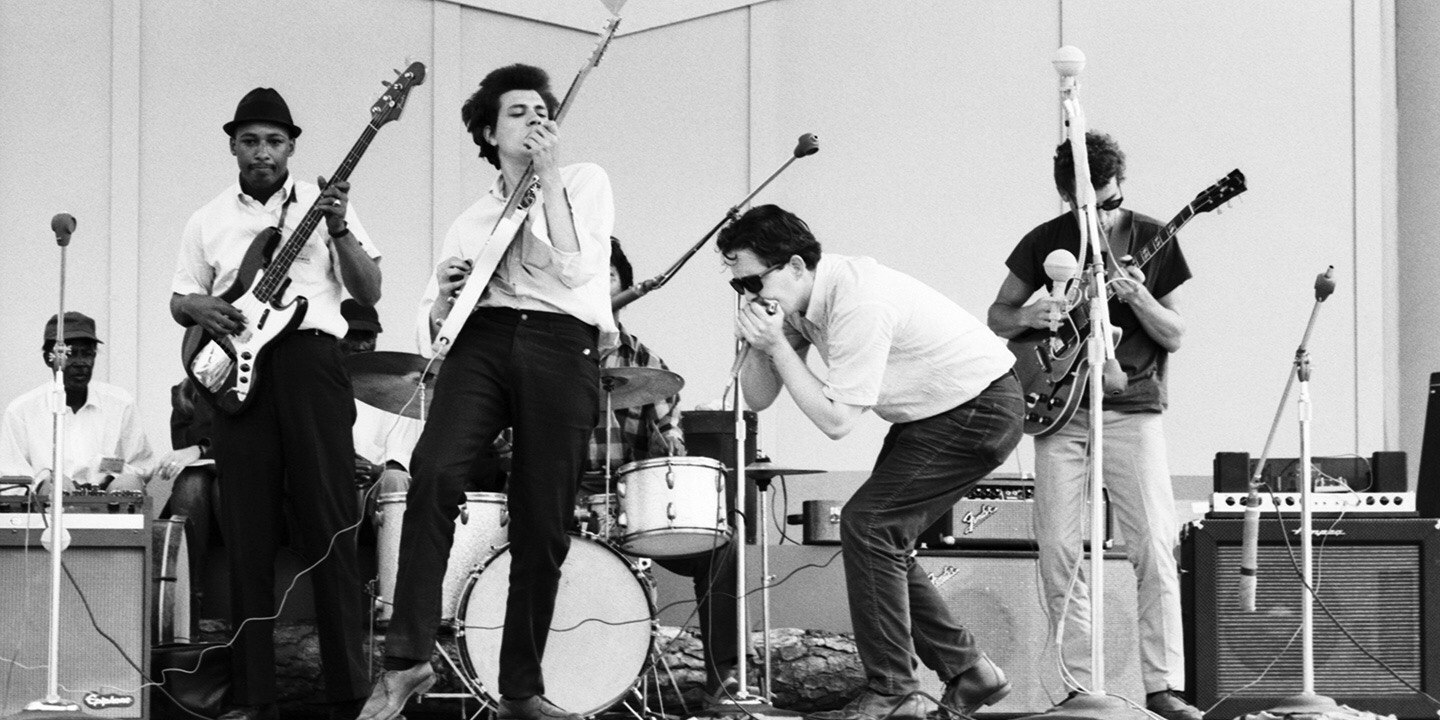 When The Paul Butterfield Blues Band played at The Fillmore in San Francisco in the summer of 1966, the word spread and dozens of local bands followed in the style of East West; helping to create the psychedelic sound of Haight Ashbury.

East West was never commercially successful, but it was critically acclaimed. I’ve listened to it several times lately, and considering this album came out in 1966, it sounds fresh and unique even today. The Paul Butterfield Blues Band was indeed revolutionary and created a sound that emerged as the dominant rock music of the late 1960s.

During some of those nights back in the hospital in October 2007, I started the thought processes that would eventually bring this blog to life. Through the persona of The Blues Blogger I utilized the healing power of music and re-discovered my love for writing. When I think back and reflect on all the tunes that took place back then, it’s no wonder I developed an innate passion for music.

The Paul Butterfield Blues Band’s East West stands out as a timeless and remarkably influential electric blues LP even after 50 years. It sure influenced me and the creation of this blog. The recording would have a tremendous impact on the electric blues scene and the rest of the music world. If you’re not familiar, and love the blues, this is a must! It will explain so much about the influences of so many musicians.

So now it’s your turn? Did the album East West by the Paul Butterfield Blues Band play any significance in your life? Any stories you’d like to share?  Please leave your comments below. I’d love to hear from you.