“Sometimes I feel I’ve learned more from my failures, than from my success. But that’s made me stronger and more adventurous. And helped me create my own style. I’d like to think that when someone puts on one of my records they would know from the first notes, ‘That’s Joe Louis Walker.’” ~JLW

On October 9th Joe Louis Walker will release his latest album Everybody Wants A Piece on Provogue Records/ Mascot Label Group. This time Walker has collaborated with Grammy winning guitarist/producer Paul Nelson. Recorded at the prominent Chop Shop studio near Philadelphia, Nelson’s credits include recording and performing with artists such as rock/blues legend Johnny Winter, Eric Clapton, Leslie West, Warren Haynes, Sonny Landreth, Derek Trucks and Elvin Bishop – and that’s only the start of a huge list of artists. Nelson appears as guest guitarist on two tracks on Everybody Wants A Piece.

I totally agree with JLW’s above quote. There’s a catchy instantly recognizable uniqueness to Walker’s music. He’s a smart musician who knows how to construct rock-solid melodies that will keep you grooving and coming back for more. Everybody Wants A Piece is an extremely engaging album that journeys across Walker’s music influences since he was a teenager. 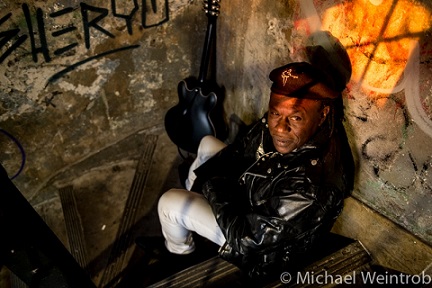 Born on December 25, 1949 in San Francisco, Walker’s illustrious career goes back to the mid-sixties, when at 16 years old he left home to pursue a music career. He became friends and roommates with blues guitarist Mike Bloomfield, and together performed at The Matrix in San Francisco; a popular club where they often opened for blues legends like Muddy Waters. Opportunities unfolded and Walker would make the acquaintances of prominent blues men such as Lightnin’ Hopkins, Freddie King, and John Lee Hooker. He also found himself jamming with the likes of The Grateful Dead and Jimi Hendrix.

Walker was raised in a religious family where gospel music was a central focus. He sang at his grandmother’s church and never let go of his gospel roots; serving as the underlying theme for a lot of his music during his career. After the death of his friend Mike Bloomfield, Walker re-evaluated both himself and his career. He changed his lifestyle, enrolled in college and earned degrees in music and English. In those days he performed regularly with the gospel group Spiritual Corinthians. 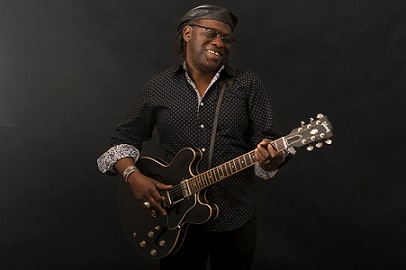 Throughout the nineties with his band The Boss Talkers, Walker amalgamated his gospel, jazz, soul, funk and rock influences with his trademark blues sensibilities. During this time-frame he put out several albums featuring collaborations with a varied group of top notch artists including Branford Marsalis, James Cotton, Tower of Power, Bonnie Raitt, Buddy Guy, Taj Mahal, Ike Turner and Clarence “Gatemouth” Brown. Walker has also performed on countless records as a guest with artists ranging from B.B. King to Peter Green…

Over the course of time Walker has consistently recorded, toured and just recently signed to Provogue/Mascot Label Group. A 2013 Blues Hall of Famer and four-time Blues Music Award winner, his career has now spanned over five decades. At 66 Walker continues to carve his niche as a clever hard working musician that still has plenty of tricks up his sleeve. The music on his new album Everybody Wants A Piece is sensational and continues a trend that makes Walker one of the most innovative artists adorning contemporary blues today.

Are you familiar with Joe Louis Walker? Have you watched the video above or checked out the song “One Sunny Day” below? Will you be going to any of the live gigs listed here? Please add your comments in the area below.

Everybody Wants A Piece – Track-listing: 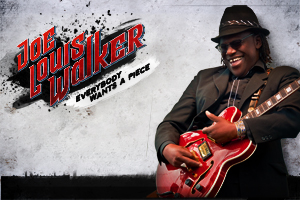