I used to be a little insecure about whether I could sing the blues authentically. I can do my version of it, and this has our stamp on it. It would be an empty exercise if we weren’t bringing something to the party.” ~Tom Petty

A steady wave of contagious blues resonates from the study room downstairs. Tapping my foot while writing, my wife TBBW walks into the study and nonchalantly catches a glimpse at my computer monitor…

TBB: Is there something wrong with that?

TBBW: No, not at all. Its just we’ve been married 16 years and it’s the first time I’ve ever heard you listen to any of his music. Let alone write a piece about him. I’d say I’m a little surprised and curious… Hmm, must be the Mojo that’s got ya hooked… And you’re The Blues Blogger. I should have known it.

A little while back I got my first opportunity to hear some of the tracks on Tom Petty and The Heartbreaker’s new release Mojo. Yes, I was familiar with all the hits, but Mojo, the group’s first studio release in 8 years, really caught my attention. Right from the opening track “Jefferson Jericho Blues,” a bluesy rock shuffle, and the Allman-esque “First Flash of Freedom” I was immediately intrigued. 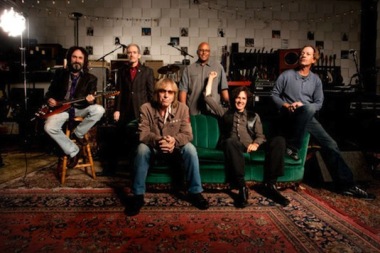 I even updated my facebook account saying so. The last time I was this taken by a Tom Petty and The Heartbreakers album I was a teenager listening to the tune “Breakdown.” How the years have a way of passing by… 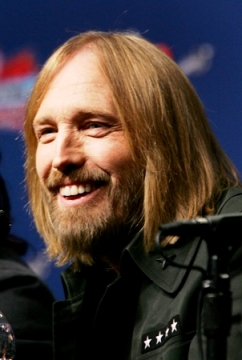 Born and raised in Gainesville, Florida, Petty attended Gainesville High School. He became enamored with rock ‘n’ roll at the age of ten after being invited by his uncle to the set of the movie Follow That Dream where the young Petty met Elvis Presley. Like so many musical souls in the sixties, Petty knew his destiny the moment he saw The Beatles on the Ed Sullivan Show.

Petty formed the band the Sundowners with guitarist Mike Campbell and keyboardist Benmont Tench and was later known as Mudcrutch. A lot of the influences on Mojo developed from this association. Mudcrutch went their separate ways for a while, but eventually Petty, Tench and Campbell hooked up with Ron Blair and Stan Lynch resulting in the first Heartbreakers line-up. Their debut album “Tom Petty & the Heartbreakers” and the strength of the song Breakdown eventually made the top 40. At the time the band became popular in The United Kingdom while touring with Nils Lofgren… The rest of the story leading up to 2010 is certainly a musical journey that is well documented in rock music history.

In my recording studio days, (many moons ago) one of my personal peeves was how long it took some artists to get a particular snare sound or guitar tone. Sometimes it would be months before they would get it right. I used to marvel at the players who’d walk in and complete an album in a handful of sessions. Often those were blues or jazz influenced sessions. There’s just something about that pure raw sound that always suited my personal taste. 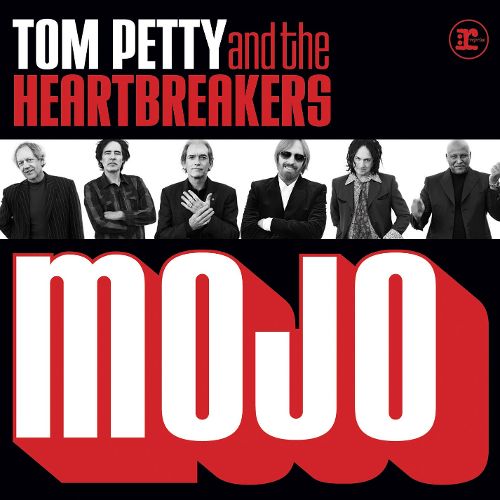 Of course it takes a lot of experience to produce something that sounds this natural and appealing. After four decades, Tom Petty and The Heartbreakers show they’re more than capable of rising to the occasion. Recorded mostly live, with very few overdubs, what you hear on Mojo is what the band played in the studio, in one take. And that’s what I think really made me gravitate me toward this awesome new release more than anything else.

There appears to be a trend these days where seasoned veterans are going back to their roots and playing the music which initially influenced them. With this latest release, Petty lets the Heartbreakers come upfront; letting us witness how good of a band they really are. They blend all that energy together and create a fun, loose and vibrant scene. It’s a cool showcase of blues influenced rock with tremendous songwriting and musicianship. And one I’m sure fans old and new will agree adds a new dimension to the band’s discography and live shows. A great way to kick start summer!

There are so many really well written and thoroughly satisfying tunes on Mojo that I found it difficult to pick favorites. Perhaps that’s where you can help. Have you heard Tom Petty and The Heartbreakers latest release? Do you have any favorite selections from the album you’d like to share? Are you planning to see them during their Mojo Tour this summer? Please leave your comments after the tour schedule below.

8 Responses to “Tom Petty and the Heartbreakers: Mojo Tour 2010”