“I’m excited about releasing some new music for the audience and for my band and for me to play. This material we’re just releasing now we’ve been working on stage for the last couple of years and it’s been going over really, really well and it’s just worked out that now seemed like a good time to release a record.”~ Steve Miller

My wife TBBW and I sat down for a scrumptious Ukrainian breakfast at a local neighborhood eatery with some good friends. Many months had passed since our last get together. I commented on how amazed I was that half of 2010 had gone by. And that so many different, but positive changes had already taken place in our day gigs for both my wife and I. This was something I predicted would be the case the last time we all got together.

As our server warmed up our coffee, I was asked if The Blues Blogger had any new posts lined up. I told everyone how concerned I was because during the transitional stages of the last six months, I felt some of my older readers may have noticed that I’ve been posting less frequently. And I hoped they understood.

I then mentioned I was writing an article on Steve Miller. Just hearing the name had everyone flashing back to a moment where one of his tunes played like a soundtrack to their past. But it also met with some curiosity and a few questions. Why Steve Miller? And how does he relate to the blues? These were all very good questions. He may be known to many as the “Space Cowboy” or the “Gangster of Love,” but his background is as vibrant as all the upbeat recognizable songs.

I wrote an article where I highlighted a song called Loan Me a Dime that Boz Scaggs recorded from the album of the same name back in 1969. In that piece I mentioned that Scaggs grew up in Texas with rock legend Steve Miller. In fact it was Miller that taught Scaggs some guitar chords and convinced him to join his band. For me it was actually Boz’s album in 1969 that introduced me to the late sixties psychedelic blues sound of Steve Miller. I’ve enjoyed both of them since. 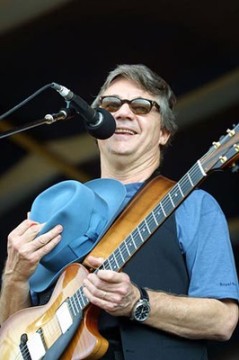 was born October 5, 1943 in Milwaukee, Wisconsin. Steve’s father was a jazz enthusiast, hat salesman, pathologist and amateur recording engineer. And his mother was a jazz-influenced singer.Miller’s godfather Les Paul (pioneer of the electric guitar and multi-track recording) taught him his first guitar chords at the age of five. Paul and his wife Mary Ford were one of the regulars who stopped by the Miller household. Steve’s father was also the best man at Les Paul and Mary Ford’s wedding. It was Paul who encouraged a young Steve Miller to utilize his talent.

The Miller family later moved to Dallas Texas in 1950. At St. Mark’s School Miller put together his first band “The Marksmen.” This was also where (as I mentioned above) Miller met classmate Boz Scaggs. Steve would eventually graduate from Woodrow Wilson High School.

Another regular in the Miller house was T-Bone Walker. Steve’s father used to record Walker and his playing became a huge influence on Steve.

Returning to Wisconsin in 1962, he entered The University of Wisconsin–Madison, and put together a band called The Ardells along with Boz Scaggs who joined down the road.

After briefly attending The University of Copenhagen in Denmark, Miller returned to the U.S. and moved to Chicago. He would learn the ropes in the same Chicago sixties setting that Mike Bloomfield and Elvin Bishop thrived.

Absorbed in the Chicago blues scene, Miller got the opportunity to play with guys like Paul Butterfield. He also found himself jamming with blues legends such as Muddy Waters, Howlin’ Wolf and Buddy Guy. It was a very influential time. And Miller realized, if he hadn’t already, that music would be a part of his life forever.

Miller and keyboardist Barry Goldberg formed the Goldberg-Miller Blues Band; eventually getting a steady gig at a New York City blues club… After his stint with Goldberg, Miller moved back to Chicago. Feeling it was time to move on, he made the decision to buy a used Volkswagen bus and go to San Francisco. Impressed by the lively scene, he decided to stay… The Steve Miller Blues Band (later known as just the Steve Miller Band) was born. 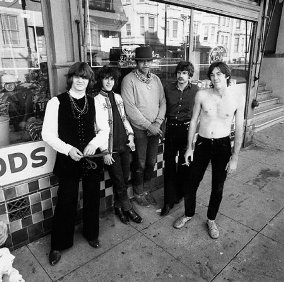 The first three albums Children of the Future, Sailor, and Brave New World weaved psychedelic rock with blues; generating a unique style. As most of you all know, Steve would later go on to become a rock icon with enormously popular hits in the seventies and eighties. But it was during the period I mention above that signifies Miller’s roots…

The Steve Miller Band’s first studio release in 17 years, takes a look back at the music that initially inspired him; his true roots – The Blues.

Bingo! was recorded at filmmaker George Lucas’s Skywalker Ranch and co-produced by Andy Johns. (The Rolling Stones, Free, Led Zeppelin and Blind Faith) The album features energetic covers of ten blues and R&B classics. Songs like “Rock Me Baby,” “Tramp” and “You Got Me Dizzy” along with three Jimmie Vaughan tunes are just some of the classic blues numbers you’ll hear on Bingo! Some of the tracks feature Michael Carabello, Latin percussionist and founding member of Santana. Miller can also be found trading licks alongside guitarist Joe Satriani. This is the first of two parallel releases planned by Miller’s Space Cowboy label and Roadrunner Records.

BINGO! will be released in two formats: a 10-track digipack CD and a special edition with 4 bonus tracks and expanded artwork by Storm Thorgerson. The same person responsible for artwork packages for Led Zeppelin and Pink Floyd.

With a gorgeous touring stage by Broadway designer Rob Roth, Miller and his fellow band-mates will perform in selected cities this summer. It’s a positive feel good setting and an experience that aims to please all Steve Miller fans old and new alike.

Breakfast has always been my favorite meal of the day. It’s good to get together with friends. Unfortunately with busy schedules, it never seems to happen enough… As we headed towards our vehicles, I was asked how I knew all this stuff. It’s not so much the information I retained over the years, but really my love of music and writing that brings it all together. There are lots of opinions which are formulated regarding artists without really knowing their background. It’s that additional information that as a writer and music lover really puts the artist’s work in perspective for me.

Looking at the life and times of Steve Miller runs like a screenplay through my mind. I have so many cool visuals that I often find it difficult putting it to words. The videos included in this article show Steve talking about his cool past, and help fill in the gaps beautifully. Please check them out; I think you’ll find them very interesting indeed.

Did you know of Steve Miller’s Chicago blues roots and encouragement by blues greats such Otis Rush, T Bone Walker, Muddy Waters and Buddy Guy? Will you get the chance to see Steve this summer? Please add your comments below.

I’d love to hear from you!

For updated times and concert info, please go to the Steve’s site by clicking here.