“He’s my idea of an up-and-coming blues singer. I don’t see a lot of them out there, but I know one when I see him.” ~Elvin Bishop

It never fails! Whenever I’m writing an article and feeling under the weather, I’ll gaze at my monitor and eventually drift off on some nostalgic excursion. Usually my thought waves take me back to those soulful vinyl grooves of the sixties. That’s one of the biggest reasons why I love music; its ability to transport you back through time…

This weekend though my mind didn’t need to reflect too far back. Instead I got a combined dose of retro and fresh sounds from a new blues/soul release called Name The Day by John Nemeth; a brilliant singer/harp player that suited me perfectly. 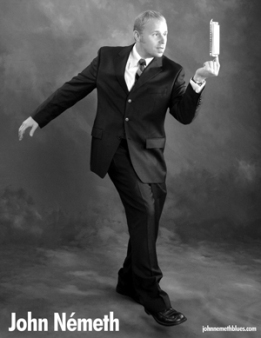 Originally from Boise, Idaho, Nemeth got his start singing in church. In his later teens he’d get his initiation to the blues when a friend introduced him to the music of Junior Wells. Like so many blues music lovers, (John Nemeth included) Wells and that classic Delmark release Hoodoo Man Blues had been a major influence.

Forming Fat John & The Three Slims with his friends while still in his teens, the band got a bit of name around the Boise area at the time. In 2002 Nemeth independently released his first CD called The Jack of Harps. Several years later, Nemeth moved to San Francisco and eventually released another independent disc titled Come and Get It. Backed by Junior Watson and his band; this would eventually lead to being signed by Blind Pig Records.

In 2007 Nemeth’s debut album Magic Touch came out on BPR and he earned a Blues Music Award nomination the following year for “Best New Artist Debut.” Afterward the very popular Love Me Tonight in 2009 would further ignite the performer’s career.

The first time I heard of John Nemeth he was featured on Elvin Bishop’s Grammy nominated The Blues Rolls On in 2008. Bishop was so taken with Nemeth’s vocal style that the guitar legend included him on four tracks. 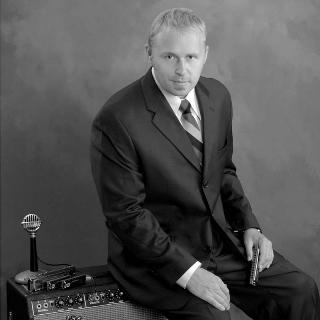 “When John’s band opened for mine, I knew instantly that he had a great talent. His voice is a national treasure.” ~Junior Watson

John Nemeth’s third release for Blind Pig Records Name The Day is an extraordinary blend of blues and classic soul guaranteed to chase away those dreary sluggish demons that can interrupt your daze. Catchy tunes like the opener “Breaking Free” and the title track “Name The Day” set the tone perfectly; fine examples which showcase that vintage soulful sound. The album continues to roll with songs like the funky driven “Do You Really Want That Woman,” and the blues shuffle “Heartbreak with a Hammer.” All the songs featured on this record are original compositions with the only cover being “Home In Your Heart” which was written by Otis Blackwell and recorded by Solomon Burke.

Side A – Name The Day 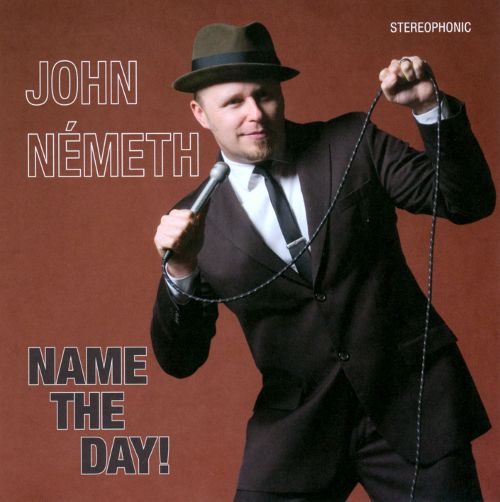 Nemeth’s vocal chops and harp playing mixed together with those horn arrangements remind me of some of the classic R&B tunes I heard growing up in the sixties. Artists like James Brown, Sam & Dave as well as those early Buddy Guy sounds are just a few examples. The tasteful guitar textures and piano accompaniment also support Nemeth’s vocals beautifully. It’s really hard to sit still and be glum while listening to the energy and creativity of this awesome release.

And to keep with that vintage theme and the latest increase in vinyl sales, Blind Pig Records has released a 45 RPM single of Name The Day (Side A) and the gospel influenced tune Why Not Me. (Side B) A very cool thing to do for those vinyl music lovers old and new.

The excellent musicianship on this record cleared some of the clouds that muddled around in my head. This once again supports one of my major themes on The Blues Blogger; the ability of music to make you feel good, and take you to a positive level you may not of thought possible at that given moment. I for one was caught off guard when I heard Name The Day this weekend. I didn’t know what to expect, but what I got was a soulful treat that is every bit as nostalgic as it is innovative. I feel much better now.

Have you heard of John Nemeth? What do you think of Nemeth’s blend of blues and “vintage soul?” I’d love to hear your thoughts!