This coming Thursday May7th the 30th Blues Music Awards will be presented at The Cook Convention Center in Memphis. Janiva Magness will be performing and is also nominated in several categories. In addition, Magness is a national spokesperson for Casey Family Programs which promotes foster care. They’re also a sponsor for The Blues Awards this Thursday. And since May represents National Foster Care Month, I thought I would re-post one of my earlier articles from last summer as the timing seemed right. ~tbb

This weekend my family headed off on a little getaway, so it’s quiet in TheBluesBlogger household. Both my golden retriever Lucille and I are lazing around catching up on a little reading, and of course listening to some music… An artist that has caught my attention lately is Janiva Magness. I’ve heard a lot of great things, but wasn’t too familiar. So I printed off some biographical information and went out on the deck… With Lucille resting at my feet, I started flipping through the pages, getting intrigued by Janiva’s story.

It didn’t take long before Lucille got up and forced her snout into my hand; continuously flicking my wrist as a reminder of my promise of an early walk… So I loaded up some of Janiva’s songs on my MP3 player and after a quick drive, we went on our evening hike. As we headed down the trail I recalled what I was reading earlier…

Adopted by the Blues 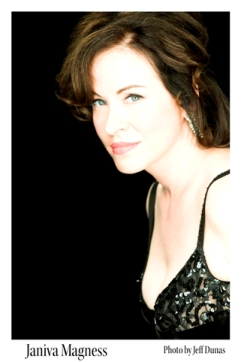 Janiva Magness is no stranger to the music industry. She is currently entering her career’s third decade, and the light that shines upon her gets brighter every day. Born in Detroit, Magness was influenced by blues and country music she heard while listening to her father’s record collection. She was also inspired by the city’s rich soulful Motown sound…

Tragically losing both her parents to suicide by the time she was in her early teens, Magness lived on the streets enduring an incredible amount of conflict going from one foster home to another. And would become a teenage mother who gave her child up for adoption.

Wearing a heavy heart, she traveled from city to city; feeling discouraged and distressed. On a cold winter night while hitchhiking across Minneapolis to attend an Otis Rush concert, Magness saw a path that lead her to the future.

While working as an intern at a recording studio, she got her first real break when her boss asked if she would sing support vocals on a track. She would begin her career as a background singer, eventually making her way to Phoenix in the early eighties where she met Bob Tate. (who was once the musical director for the late great Sam Cooke.) Magness formed the band The Mojomatics which was extremely popular in the Phoenix area. She would then re-locate to Los Angeles in 1986 and slowly find work.

After her cassette debut More Than Live, she married musician Jeff Turmes and together they recorded her second album It Takes One to Know One in 1997. After three independent releases, Janiva signed with Northern Blues and recorded Bury Him at The Crossroads in 2004 and Do I Move You in 2006. Both of these releases were co-produced by Canadian roots artist Colin Linden, and they created a huge amount of critical acclaim for Magness. The word was definitely spreading now…

Janiva won the best contemporary female artist award in 2006 and 2007. She was nominated for the 2008 B. B. King Entertainer Of The Year award at the Blues Music Awards. Magness also traveled to Iraq and Kuwait co-headlining Bluzapalooza in the Spring of 2008; the first-ever blues concert tour to perform for American troops. 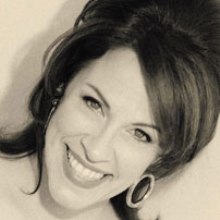 Janiva Magness has come full circle. She is now a national spokesperson for Casey Family Programs promoting National Foster Care for the organization. She has recently re-connected with her daughter that she gave up for adoption and is now a grandmother. Magness has dedicated her latest release What Love Will Do on Alligator Records to this this fantastic cause. Here’s a link that you should definitely check out. It’s one of her songs called “Sometimes You Got To Gamble.”

Back on the Trail

As Lucille and I started to make our way back home, out of nowhere a rabbit swiftly crossed in front of us. Lucille’s natural instincts took over and she snapped the poor fella up. We both seemed shocked as it all happened so fast. Lucille is trained to drop on command, but was the thrill of the catch too tempting to let go? It took a few seconds, but I firmly asked her to drop the rabbit. With only a slight hesitation and very delicately, she did. The little hare hopped away totally safe and unscathed, running down the path before taking the yield through the forest. Lucille stood there looking up at me as if to say, “Did you see that? Wasn’t that awesome!”

As we continued our hike, I listened to Magness belt out her tunes on my MP3 player. I found myself incredibly moved by the power and feeling of Janiva’s music and her story… She is somebody that sure has a right to be singing the blues as she certainly has lived them. What an incredible journey she has taken!

I started thinking that as popular as Magness was getting, if I even made one more person aware of her wonderful talent, then this post would be well worth it… What do you think? Your comments are always welcome.

For more information on Janiva Magness you can go to her official website by clicking here.

9 Responses to “Janiva Magness: Blues With a Soulful Expression”