The following article was written in the summer of 2008. It was a little untimely then, as it was just 39 years since The Allman Brothers Band’s debut release, and still many months before the 40th Anniversary tour. So I’m re-posting for those who missed it. And to commemorate the LP’s release 40 years ago this week.

Many years have passed since I heard The Allman Brothers Band 1969 release. So this weekend I gave it a listen. Right from the very first cut “Don’t Want You No More” I was hooked once again. And for the next 35 minutes I took a reflective trip back through time.

My family hit some hard times and out of necessity sold the house where lots of my early childhood memories began. As a result, we ended up all squeezing into a small apartment. My brother and sister (who at the time were in their late teens) would have no part of apartment living. So it really wasn’t a surprise when they moved on and opened new chapters in their lives…

The Saturday afternoon rehearsals with my brother’s band were no more, and the vibrant household I once knew was now filled with a close stressful silence… For me, I would eventually discover new creative ways to occupy my time, and in the process drive my poor father crazy.

At nine years old, I truly knew one thing for sure; music was going to play a big part in my future. It always motivated me and also eased the pain when challenging times struck… When I look back I can think of several albums that have been embedded into my memory banks, and The Allman Brothers Band’s first LP in 1969 is one of them. I also recall pinching my brother’s copy of the album before he left town. It seemed to help fill the void I felt when he moved out of town… So I flooded my new bedroom with the sweetest sounds I could find.

I recall how my father thought it was just plain strange that a 9 year old could get so into listening to this stuff. But he never shared a room with a guitar player who practiced these blues and jazz riffs all day and night. It must have been an innate necessity for me. It also helped me focus my nervous energy on something. Besides, somebody had to play some tunes, because the silence was far too deafening.

It’s impossible to sum up the almost 40 years of The Allman Brothers Band illustrious history in a few paragraphs. One thing for sure, right from the start, the band had so many challenges… In the beginning years, they endured the deaths of band members Duane Allman and Berry Oakley. Drugs would take its toll on most of its members. On again off again separations and re-unions resulted…

Through All the Years

from their 20th Anniversary re-union in 1989, to 1995’s Rock n Roll Hall of Fame induction, 1996’s Grammy Award for Best Rock Instrumental performance for “Jessica,” the band has endured the test of time… In 1999, The Allman Brothers Band celebrated their 30th anniversary with an 18-night stand at New York’s Beacon Theater… The 21st Century also saw Dickie Betts part ways, but still the band continued to perform, playing their special blend of brilliance for their fans and curious newcomers.

It’s interesting to note that in 2003 out of Rolling Stone Magazine’s top 100 guitarists of all time; four are Allman Brothers alumni: 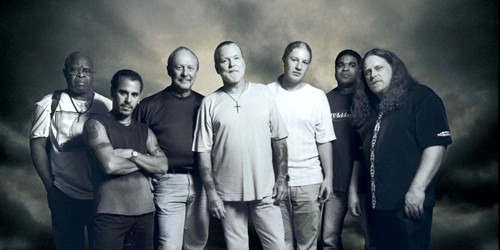 The Allman Brothers Band were the principal architects of Southern Rock. They combined many elements of music and helped advance the rock genre as a medium for improvisation along with bands such as Cream. The band remains a force to be reckoned with. I strongly suggest you see them if the opportunity arises. They’re an amazing band with a rich history and incredible musicians that will soulfully rock you through the past and into the future…

As a note of interest, in November of 1979 ten years after my first introduction to the music of The Allman Brothers Band, I made this crazy decision to move to New York. When I got there, I stayed with a friend who lived in Park Slope. Several months later my brother moved there too, and we ended up finding an apartment together. A new respect and alliance started to form. And the music continued once again.

The videos I chose in this post features two songs from The Allman Brothers Band November 1969 debut album; a then and now perspective of this amazing band. Notice original drummers Butch Trucks and Jai Johanny “Jaimoe” Johanson as they continue to shoulder the band after 40 years…

Now I think it’s best to turn the ball over to the readers of this article. Do you have a favorite Allman Brothers song, album or moment you’d like to share? Where we’re you in 1969 as The Allman Brothers Band were carving their niche on the music world?

15 Responses to “The Allman Brothers Band: The Road Continues”