“There is nothing wrong with electronic music as long as you’re putting some soul behind the technology.” ~ Joe Zawinul

Today marks what would have been Joe Zawinul’s 78th birthday. I remember first hearing Zawinul in my early teens when I worked part time in the blues and jazz department of a trendy record boutique back in the seventies. One of my many responsibilities was to keep all the albums in the bins stocked properly and re-order the hot selling items. I loved sifting through all the album covers and reading the liner notes. Something I continue to enjoy today. It was the intriguing vinyl covers of Weather Report where my personal discovery of Joe Zawinul began.

It was also around this time frame that I recall my interest for writing started. And when I heard the eclectic mix of sounds on albums such as I Sing The Body Electric, Sweetnighter, and later the masterpiece Heavy Weather, it opened the door to a whole new world of imaginative thought. I don’t think there’s been a single song that has made me tap my foot or snap my fingers more to its groove than Joe Zawinul’s Birdland. How sad it was to hear of his passing from a rare form of skin cancer back on September 11th 2007 at the age of 75. 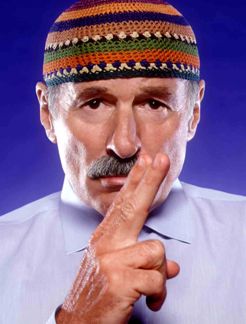 Born July 7th 1932, Zawinul grew up in a poor working class family during World War II in Austria. He played accordion on the streets to earn money and received classical piano training at the Vienna Conservatory. After the war, he grew interested in American jazz; and started making a name for himself on the local jazz scene.

“One thing about Viennese musicians, they can really groove, more than even the German bands can,” “It’s something in our nature, perhaps. We’re cosmopolitan and interracial — Czech, Slavic, Hungarian, Romanian, Bulgarian, Turkish a little bit.”

Zawinul came to the United States in 1959 on a scholarship to study at the Berklee School of Music in Boston, but left to join Maynard Ferguson’s big band. He next landed a gig with Dinah Washington; his funky style can be heard on her 1959 hit What a Difference a Day Made.

Zawinul stock started to rise after joining alto saxophonist Cannonball Adderley’s band in 1961. He composed many tunes, but it was most notably the gospel-influenced, Mercy, Mercy, Mercy, which climbed the pop charts and won a Grammy for Adderley.

In the late ’60s, Zawinul recorded with Miles Davis. His tune In a Silent Way served as the title track for the Miles’ first venture into the electric arena. Zawinul’s composition Pharoah’s Dance was featured on Davis’ groundbreaking 1970 jazz-rock fusion album Bitches Brew, which won Davis a Grammy in 1970.

In 1970, Zawinul and saxophonist Wayne Shorter founded Weather Report and produced a series of albums. Weather Report’s album Heavy Weather with Jaco Pastorius enjoyed its biggest commercial success in 1977. Zawinul went on to form The Zawinul Syndicate in 1986. For the next 20 years The Zawinul Syndicate brought together a global village of musicians who recorded such albums as the Grammy-nominated My People (1996) and World Tour. (1998)

Joe Zawinul did for jazz what Clapton and Bloomfield would do for the blues; becoming the leading force behind the often termed Electric Jazz movement. Like I said earlier, I listened to a lot of Zawinul’s music and found his style, groove and experimentation incredibly contagious. He is one of the people responsible for my appreciation for electric jazz; leading me to other jazz artists that would continue to inspire me to this day.

Are you familiar with Joe Zawinul and his musical legacy? Any moments you’d like to share? Please add you comments or birthday wishes below.