I’ve been doing a lot of reflecting this past weekend. You see it was two years ago around this time that I suffered my heart attack. I’m mentioning this because as I look back, I believe strongly in the positive medicinal and psychological affect music can offer. There’s no greater healer in my mind. Music possesses special powers, and the blues especially has the capability to make you feel better through the sharing of other’s life experiences. That’s not exactly a secret, but perhaps I can say I’ve experienced it a little myself. It was always music that got me through some tough times. So when you hear a good thing, especially one that motivates you, I believe it’s important to pass that information along.

Between having so much to do and drifting off into my recent past, I found myself genuinely impressed when I listened to Mike Zito’s latest release Pearl River. It’s so upbeat and positive that after a few listens, I accomplished so many tasks around the house with such little effort I didn’t know what hit me. It comes at the perfect time as I think back to a very arduous moment. It was the songs on Pearl River this past weekend that kept reminding me what can be accomplished if you put your mind to it and set the right tone… 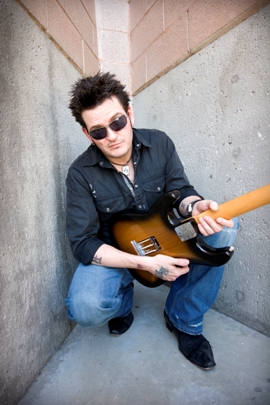 “Music can change everything – how you feel, how you see and what
you believe,” Zito explains.

Mike Zito grew up in St. Louis, Missouri and became immersed in the musical sounds of the Southside. He was inspired enough to start singing and performing at the age of five. After receiving a Van Halen record as a birthday gift, the guitar would became his main focus; setting the stage for his future. As time progressed, he would gain further influence from artists such as Eric Clapton, Stevie Ray Vaughn, Jimi Hendrix, Walter Trout, B.B. King and Buddy Guy.

At the age of 19 Zito worked in the local St. Louis music scene and continued to develop his sound. In 1996 he launched his debut independent release Blue Room, followed by 1999’s America’s Most Wanted.

Zito began to tour, and when he was off the road would continue to perform regularly six nights a week in and around St. Louis. He had many challenges along the way. But Zito was able to gain some focus when he took the advice of fellow musicians who warned him of the needless journey of heading down the wrong road. Eventually he found the love and support from his now wife who helped him clean-up and refocus on his career.

With a fresh outlook, Zito formed a new band and released “Slow it Down” in 2004. He once again began performing across the country doing 250 shows in 2005… With his fourth release Superman in 2006, Zito’s soulful influences were starting to really show.

Over the course of time his experiences have led him to larger audiences where he’s shared the stage with performers such as Chuck Berry, Fabulous Thunderbirds, Tab Benoit, Walter Trout, Bernard Allison, Coco Montoya, Joe Bonamassa just to name a few. 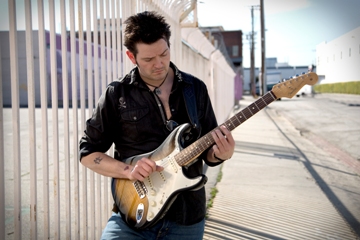 “There is something in Zito’s music that went straight to my heart that goes way beyond his incredible talent as a musician…it’s that his music has such a message of positivity and hope. That’s universal, and when you pair that up with music that appeals on so many levels simply as great contemporary music, it makes Mike Zito a guy who truly deserves to be heard.” ~ Randy Chortkoff

Zito is a very talented artist that is sure to be a household name in the very near future. The result on his latest release is an enthusiastic production with an infectious blues/rock tone dripping with a cool soulful vibe. If you’re looking for a push start to your day then this record should give you the energy required to sail through. Be sure to check it out, you won’t be disappointed. It just may be what the doctor ordered.

Are you familiar with Mike Zito’s work? Any songs or moments in his career you’d like to share? Your comments are always welcome!