One of the most influential jazz groups of the seventies has reunited. After 30 years of questions and speculation from fans, the classic lineup of Chick Corea, Al Di Meola, Stanley Clark and Lenny White have embarked on a U.S. and European tour comprising of 40-50 dates so far… A special Return to Forever anthology featuring remixed and remastered tracks from the classic albums Hymn of the Seventh Galaxy, Where Have I Known You Before, No Mystery and Romantic Warrior will be released to coincide with the tour.

For further information on the band and their current tour schedule you can visit their website directly from here. 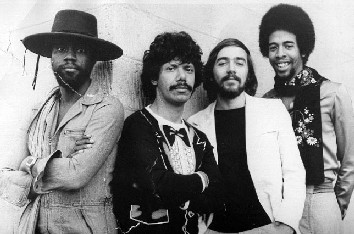 I decided I wasn’t going to fill this post with information that most of you are already familiar with. I have two great videos that speak for themselves. These clips will fill you in on the past and what’s to come.

For many of their fans including The Blues Blogger, this reunion has significant meaning as we reflect back on that seventies music scene. Where were we? What were we thinking when we first heard the sounds of RTF? Some may not remember, others may choose not to. And still for several, it will remain as the fondest memories of an era gone by…

I was in my early teens when I first heard the sounds of Return To Forever. Because of the range of musical influences in my household, I became of one of those odd teenagers that enjoyed music outside of the mainstream. A little while later, I got a summer gig as the head of blues and jazz at a prestigious record boutique in town. I would remain at the record store until my departure four years later to NYC. I was known as the cool freaky kid who would prescribe doses of artists and their work to people seeking an escape from their everyday routines. RTF personally inspired me to explore more technical musical avenues and was a major influence in my move to NYC. They were certainly the driving force behind my desire to work at a recording studio there. 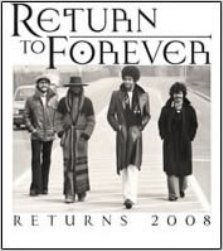 Like so many others, I wished I would have had the opportunity to see the band back then. Their music carries great memories from my past that I really cherish. And takes me back to places I haven’t thought about in years…

I was fortunate enough to see Al Di Meola with surprise guest Stanley Clarke in NYC in the early eighties. My friend was Di Meola’s soundman at the time and I had the pleasure of sitting next to him at the board one night… In 1986 on a visit to Toronto Canada one summer, I witnessed Chick Corea and his Electric Band perform a free concert in a parking lot on Queen Street. Very cool! What’s even cooler is the opportunity for a younger fan base who may have only heard about Return to Forever from their parents or through youtube, now get a chance to see these legendary artists perform together live. All that experience, maturity and musicianship … You know it’s going to be awesome!

In a recent interview bass player Stanley Clarke was quoted as saying,

“In retrospect, the ’70s was a very powerful time in instrumental music,” We’re going to go out and play our music as honestly as we did then, and it will be a great thing for all of us.”

I want to personally thank all of the guys from RTF for their musical contribution and for so much inspiration derived from their partnership… And for allowing me to display the graphics and videos you see here in this post.

Now it’s time for your comments! What does the reunion of RTF mean to you? Do you have a favorite piece from the group that you would like to discuss? I know you’re out there. Let’s hear from you!