This past weekend was extremely damp and dreary. With all the storm warnings in effect, I decided to stick indoors. I like rainy weekends once in a while, as it gives me the opportunity to catch-up on some inside tasks that were neglected over the summer. But before I can do anything, I have to set the tone. So I’ll usually pick a specific piece of music to use as a soundtrack to keep my energy up, and hopefully turn an otherwise dismal day into something positive…

I found exactly what I was looking for in keyboardist/vocalist Bob Malone’s latest release Mojo Deluxe. Right from the foot tapping opening track “Certain Distance,” an attention grabbing jolt of energy, I was hooked. On “Toxic Love” Malone takes things down a notch, with a menacing groove capturing the lethal elements of a toxic relationship. 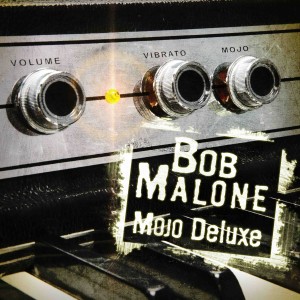 There are 10 original tracks and two covers on this new release. On track three Malone does a terrific job on his take of Ray Charles’ classic “Hard Times.”  Tired of the politically correct response to the question “how you doing?” – Track four (along with its strong backing vocals) offers up a tenacious and sarcastic answer – no “I’m Not Fine.” And on the poignant cut “Paris,” Malone bemoans about how a beautiful place is not quite the same with the absence of your loved one. “Looking For The Blues,” is a catchy New Orleans style groove that closes off the first half of this splendid album…

Born and raised in New Jersey, Malone has lived in New York City, Boston, and New Orleans and is currently based out of Los Angeles. He’s no stranger to the music business, and has toured the world for over 20 years as a solo artist, as well as playing keyboards in rock legend John Fogerty’s band since 2011. With Fogerty, he has performed live on The Late Show with David Letterman and also on the television program The View. Bob has also played together with a number of musicians including: The Neville Brothers, Al Green, Dr. John, and Leon Russell. He has also shared the stage with artists like Jackson Brown, Ricki Lee Jones, and Bruce Springsteen among many others.

The Second Half of Mojo Deluxe 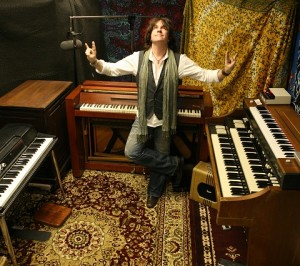 At the album’s midpoint things just keep getting better as Malone reflects on yet another ex-love entangled with “whiskey and regrets” on one of my favorite tunes the rock filled “Rage and Cigarettes.” On the Muddy Water’s tune “She Moved Me,” Malone replaces the familiar guitar with his own keyboard chops. From the funky horn-infused “Don’t Threaten Me (With a Good Time)” and the gospel tinged “Watching Over Me” to the fun spirited instrumental “Chinese Algebra,” the tunes and hooks just keep coming.

Malone really showcases his extraordinary song writing skills and playing on this record, and it really shows on the closing number “Can’t Get There From Here.” He proves without a doubt that he is the real deal and a force to be reckoned with. With all his musical experience, he explores his blues, rock, jazz and funky New Orleans style piano influences and takes them to new heights.

There is a whole lot of passion happening on Mojo Deluxe, and the well-constructed tunes kept me listening several times over. Although I really didn’t get much done around the house after all, the upbeat nature of the album really livened up my mood on an otherwise dreary day. If you’re looking for a catchy fun-filled album permeated with solid piano grooves and all-round great playing, then Mojo Deluxe may just be what the weatherman ordered…

Are you familiar with Bob Malone? Have you ever seen him in one of his solo performances or backing up rock legend John Fogerty? Please add your comments in the area below?