Today music legend Willie Dixon would have been 98 years old. The following is a piece I wrote in the spring of 2009. I’ve decided to re-post it to commemorate the man and this day in music history. And also for those who missed the article the first couple times around.

Being so young, I never knew the significance of the music I listened to back then… I just knew it moved me in a way I could never quite explain. ~ tbb

my brother and several of his friends packed their bags and followed their dreams. Their brash youthful spirit drove them to bigger places as they made a serious attempt at a career in the music business. For me at the time, I was glum. I missed those magical moments when the boys would rehearse in the basement of our house… And so did The Big F who was my brother’s oldest friend.

The Big F was the roadie/bodyguard for the bands my brother was in. When my brother left town, he adopted me as a kid brother and often picked me up to hang out. One thing for sure, I never had a problem with bullies whenever I hung around with The Big F. The man loved his music and would invite me over to his place where I marveled at his record collection. He would let me pick any album I wanted to listen to… I recall Willie Dixon’s I Am The Blues being a very intriguing choice back then…

The Big F had a drum kit in the basement of his house, and always played along to the tunes. And would often spring off his stool, grab some spoons and continue to tap along the walls, lamps, light switches and beverage glasses…

I Am the Blues 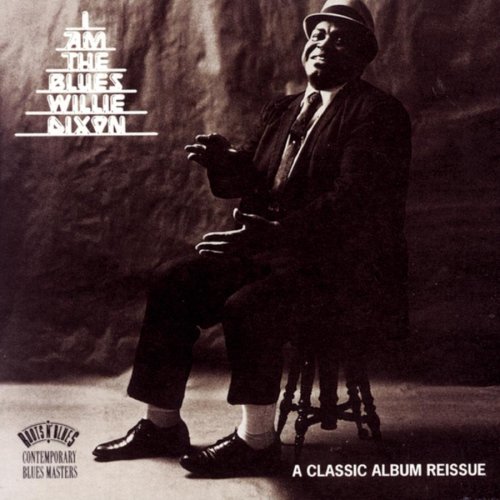 This is an album featuring some of Dixon’s classic material but this time with Willie showcasing his own creations. Willie Dixon was a force to be reckoned with and his presence continues to be felt in even today’s most modern blues and rock performers.

Here are the tracks on this album and some of the popular artists that performed them:

This album only represents a small portion of Willie Dixon’s contribution to the music world. Many people today are unaware that Dixon was the original composer of many of the classic songs we know and love… His singing on I Am The Blues may not be as distinct as those who adopted these tunes, but it’s very humbling to hear the master voice his own work. If you haven’t heard this album before, or just looking to rediscover a gem, you’ll love this terrific piece of music history… Very cool and inspiring indeed. 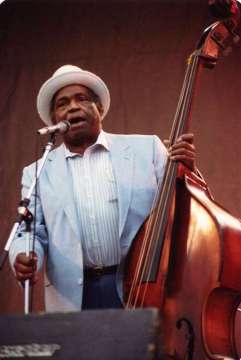 was born July 1, 1915 in Vicksburg, Mississippi. Dixon was first introduced to blues as a teenager when he served time on prison farms in Mississippi. He wrote poetry and adapted them into songs.

In 1936 Dixon left Mississippi for Chicago. He stood tall and weighed in at over 250 pounds. Taking up boxing; he became successful enough that he won the Illinois State Golden Gloves Heavyweight Championship (Novice Division) in 1937. Dixon even turned professional and worked briefly as Joe Louis’ sparring partner. His brief boxing career ended after getting into a money dispute with his manager.

After composing and playing in many local groups, Dixon eventually signed to Chess Records as a recording artist. He began performing less and started getting more involved with the label. Dixon became a full time employee with Chess in 1951, where he acted as producer, A&R talent scout, session musician and staff songwriter. His relationship with the label was nervy at times, but his output and influence was extraordinary. He worked with all the greats such as Chuck Berry, Muddy Waters, Howlin’ Wolf, Little Walter and Sonny Boy Williamson II, just to name a few.

Later in his life, Willie Dixon became a diligent representative of the blues and a vocal supporter for his peers founding the Blues Heaven Foundation. The organization works to preserve the genre’s legacy and protect copyrights and royalties for blues musicians who were exploited in the past. The foundations’ current vice president is Willie’s grandson Alex Dixon…

Willie Dixon was granted a Grammy Award in 1989 for his album Hidden Charms. He was also inducted into the Rock and Roll Hall of Fame in the “early influences” (pre-rock) category in 1994.

It’s impossible to cover the incredible legacy of Willie Dixon in just one post. So I won’t even attempt it… Dixon was undeniably the greatest blues songwriter of his era and is credited with writing more than 500 songs by the end of his life.

Now it’s time to turn this post over to the readers… So what are your feelings? How familiar are you with his 1970 release I Am The Blues? Any Dixon tunes covered by other bands or musicians that are your favorites? Your comments and birthday wishes are welcome below…

21 Responses to “Willie Dixon: I Am The Blues”