“I am truly blessed by all the incredible opportunities I have had.” My life has been filled with amazing adventures; I can’t wait to see what happens next!” ~ Shakura S’Aida

My wife and I packed our bags. After the crazy year we’ve had so far we decided to run away. Well, at least for the day anyway… So we took a car ride in the country and visited some old stomping grounds where we used to camp and do some hiking.

Of course, when you’re taking a car ride in the country, tunes are a must!

It was several weeks ago while writing an article on the late Luther Allison’s recent commemorative CD/DVD Songs From The Road, that I happened to come across an artist called Shakura S’Aida. (pronounced Shack-oora Sigh-ee-da) Wow, was I ever impressed! The last performer I was unacquainted with that knocked me out like this was Joanne Shaw Taylor; coincidentally also signed with Ruf Records. That was almost one year ago during a similar drive.

As I plugged my MP3 player into the car stereo and hit play, I just knew my wife was going to be impressed when she got a taste of some Brown Sugar.

The funky vibe of Mr. Right sets the tone and is followed by the enticing groove Walk Out the Door. The contagious beat of Gonna Tell My Baby is very slick, and just when you thought it couldn’t get sweeter, the song Break Your Heart maintains Brown Sugar’s smoldering atmosphere.

My wife’s immediate reaction was, “She’s wonderful, sounds a lot like Etta James and Tina Turner.” Good ear, considering those are two of S’Aida influences.

Shakura S’Aida latest album was produced by Jim Gaines, the same mastermind who also worked on Shaw Taylor’s White Sugar. Gaines credentials include work with artists such as Stevie Ray Vaughan, Santana, Steve Miller, Luther Allison and Lonnie Brooks just to name a few. Between the excellent writing, flawless production and extraordinary talent, it’s no wonder we were hooked.

Guitarist Donna Grantis collaborates with Shakura on eleven of the twelve cuts and provides alluring guitar chops throughout. There’s no doubt at all that there’s some great chemistry happening here. 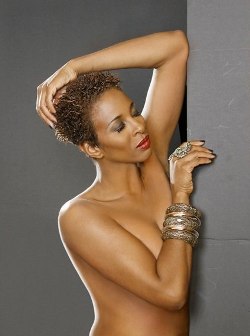 is a versatile Canadian blues/jazz, R&B and soul artist. She was born in Brooklyn, New York, but would move to Switzerland when she was eight years old. In the late seventies S’Aida’s family settled in Toronto. She began performing at a young age and after several gigs became lead singer in a thirteen piece world music band called Kaleefah; which would lead to a Juno nomination. She also worked as a backing vocalist for Rita MacNeil and Patti Labelle, as well as with jazz musicians such as Jimmy Smith and Ruth Brown.

S’Aida’s resume includes musical stage roles in productions such as “Ain’t Misbehavin” and “Momma, I Want to Sing.” She has performed in some of the most distinguished stages in the jazz world including the Apollo Theatre. Shakura was nominated four times as the Maple Blues “Female Vocalist of the Year” in addition to Entertainer of the Year in 2008.

She was also a second runner-up at the 2008 International Blues Challenge in Memphis where she competed against more than 160 bands from more than 20 different countries. It was at this event where Thomas Ruf and S’Aida met. Filling in for Candye Kane on Ruf’s Blues Caravan Tour 2008, Shakura was offered a record deal and Brown Sugar was the result…

If you were ever thinking of a way to help with the crisis in Haiti, then the heart-rending fifth track “Angels on High” is available for download for only $1.00 by clicking here. Proceeds from each download go towards the Haiti Earthquake Relief Fund Free The Children. In partnership with Partners In Health, Free The Children is working towards providing long term health care, education and relief to children affected by this terrible disaster. 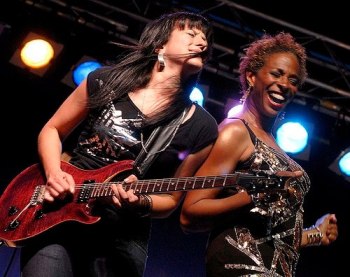 One of my favorite tunes on the album is the upbeat Chasing the Sun. Cranking the volume for this one, the bright positive vibe had me playing this tune several times over. Between the bouncy and swinging Missing the Good and the Bad and the funky Sweet Spot, the car ride turned into one blues filled soulful trip. The last few tracks continue the albums’ tasteful pace and the Outskirts of Memphis is a solid blues groove that closes our delightful ride.

The uplifting and positive energy created on Brown Sugar acted as the soundtrack to our brief getaway. And even though we only pretended to run away, at that moment the music from this album made us forge ahead; allowing us to take our minds off some of the challenges that come along with everyday life.

I haven’t been able to stop playing this album. Even though it’s now a week after our drive, I continue to be impressed with what I hear. Shakura S’Aida is awesome and judging from this latest release, there’s no doubt she has a promising future ahead. I cannot recommend this one enough. Already released in Europe, Brown Sugar makes its debut April 13, 2010 in the U.S. and Canada. Do yourself a favor and put this album on your list.

So how do you feel? Did you enjoy any of the clips featured in this post? I’d love to hear your feedback on this one. Please leave your comments below. And if you enjoyed this article, share it with those you think will feel the same. It’s guaranteed to make them smile…

If you’re looking for latest concert info and any further information on Shakura S’Aida; you can find it by going to her website by clicking here.