“I feel the respect and affection for him that a father feels for his son. He is one of the most serious blues guitarists you can find today. He makes me proud.” ~ B. B. King

The clanking of blinds could be heard as the approaching autumn breeze sailed throughout the open north windows. Getting out of bed I couldn’t help think how time seems to move faster with every year that passes… Oh well, I refuse to spend unproductive time whining about the things I can’t control. So whenever I get up in the morning with a sigh, I raise the blinds and let the light shine in and continue to play those blues.

Yes, I suppose I was feeling a bit moody on this day, but I knew as soon as I heard the latest release “Spread The Love” from Ronnie Earl & The Broadcasters things were on the right track… So I brewed some coffee, got my thoughts in gear, and let the music capture my imagination….

If you’re a regular reader of The Blues Blogger, you’ll often find me writing about the healing power of music. I believe there is no greater natural healer that exists like music. It’s obvious Ronnie Earl believes this too as many of the titles like “Miracle” and “Happy” on his latest Spread the Love suggest. While his influence may be deeply rooted in blues and jazz, the work on his latest release is an instrumentally thought provocative collection of songs that solicits the urge to daydream. And I have no complaints about that whatsoever. 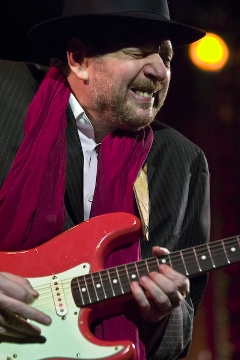 was born Ronald Horvath in Queens, New York, on March 10th, 1953. He started out playing the piano at 10 years old, but abandoned the instrument because he disliked the discipline of practicing at the time. Graduating from Forest Hills High School in New York in 1971, Ronnie attended C.W. Post College on Long Island for a year and a half studying American History. It was during this time frame at 20 years old that he started playing the guitar. Earl discovered his love for the blues after attending a Muddy Waters concert at the Jazz Workshop, a small club in Boston. By his third year in college he seriously pursued the guitar and made a quick impression.

Earl gained inspiration from Otis Rush, and also harmonica player Big Walter Horton. On several occasions he took bus trips to Chicago, spending time with the late Koko Taylor, who introduced him to the Chicago blues scene. In the late seventies while playing with Muddy Waters (who had trouble remembering the young guitarist’s last name) he decided to change his last name to Earl as a tribute to Earl Hooker.

He joined Roomful of Blues in 1979 and spent the next eight years touring and recorded a number of albums that were extremely demanding. The rigorous schedule unfortunately resulted in some heavy alcohol and drug use.

Leaving the band in 1988, Earl formed his own group called The Broadcasters named after the first Fender telecaster guitar distributed in 1950. The band released their first album, Soul Searchin, followed by Peace of Mind in 1990. The album Still River in 1993, recognized The Broadcasters as the first completely all instrumental blues group. They would then go on to release many critically acclaimed projects during the nineties.

Signed to his current label Stony Plain Records in 2003, Ronnie Earl & The Broadcasters have released a series of successful blues albums, including 2007’s Hope Radio and Living in the Light in 2009; representing Earl’s excellent health and a life which is now firmly grounded in love.

Ronnie Earl is a two-time W.C. Handy Blues Award winner (currently known as Blues Music Awards) as Guitar Player of the Year. He also has served as an Associate Professor of Guitar at Berklee College of Music. Over the course of his career he has played alongside music greats like Buddy Guy, Stevie Ray Vaughan, Otis Rush, Carlos Santana, Junior Wells, B.B. King, Muddy Waters, Eric Clapton and The Allman Brothers Band, just to name a few. 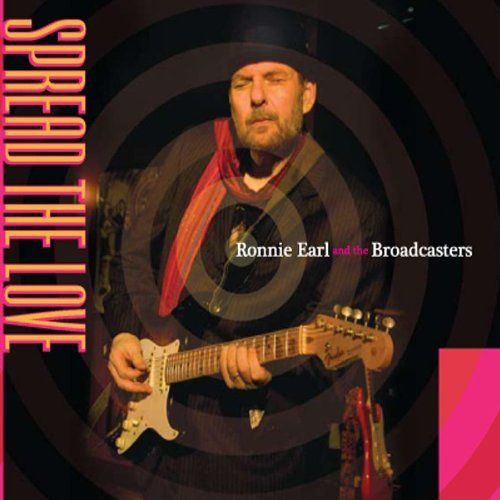 The energy throughout Ronnie Earl’s 14 track new release is wonderful. For me this album isn’t so much of a high energy offering, but an entertaining creative and soulful record that puts your mind at ease. From the opening cut “Backstroke,” and the expressive slow blues tribute for his wife “Blues for Donna,” to the jazzy blues rendition of “Chitlin’s Con Carne,” and the slow boogie Spann’s Groove,” there’s plenty of emotion and solid musical interplay. Through it all, Earl and his Broadcaster’s experience and passion make this release a very pleasurable listen indeed!

Later in the Morning

While I sat by the computer and finished writing this post, I noticed my wife TBBW walked by playing air guitar and grooving to the song “Blues For Slim.” Well, it just goes to show you, it never hurts to Spread the Love.

Are you fan of Ronnie Earl & The Broadcasters? Do you have any favorite songs of Earl’s that make you want to drift off? Your comments are most welcome.

5 Responses to “Ronnie Earl & The Broadcasters: Spread the Love”