…..This album is my way of marking all of my TIMEs with music; accepting and celebrating all of the TIMEs and ways that the BLUES ROCK’ed my SOUL…. ~Shakura S’Aida

A little over two years ago when I first heard the powerful and spirited voice of Shakura S’Aida , I knew something special was happening. I was so knocked out with her previous release Brown Sugar, that I wrote a piece expressing my thoughts… This time around I was a little more familiar with Shakura’s musical endeavors, and was really looking forward to her debut release on Electro-Fi Records entitled Time… With Brown Sugar being a tough act to follow, I was curious what Shakura had in mind for her latest double CD.

Now as I have said many times before, when it comes to reviews I’m not going to give a blow by blow account of each and every song and note. If the music moves me, makes me reflect back on a moment, or creates energy that spurs creative or productive thought, then I’m sold. I was so taken with this album that when it came time to writing this article I found myself staring at my monitor feeling rather speechless…


Right from Lance Anderson’s piano intro on the opening track, “Don’t Try To Lay No Boogie Woogie on the Queen of Rock n’ Roll,” (one of the few cover tunes on the album and an early 70’s classic from the late Long John Baldry) I was hooked! After hearing the stirring rocker (and title track) “Time,” the catchy ballad “Bring Me Back,” and the slick “My Dreamerman,” I thought to myself, “Wow, she did it again…  It’s another winner.”

The first disc closes with the gritty “Devil Only Knows My First Name” and the Brooke Blackburn & S’Aida composition “Don’t Tell Mama Where Her Children Hide.” All the tunes are impeccably produced by Howard Ayee and Shakura and leave you craving more. The majority of the tracks on Disc 1 are written by Shakura and her guitarist Donna Grantis; the same one-two punch that sounded so awesome on Brown Sugar. 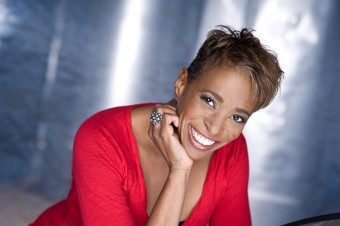 For those unfamiliar, S’Aida is a versatile Canadian blues/rock, jazz, and soul artist. She was born in Brooklyn, New York, but moved to Switzerland when she was eight years old. In the late seventies S’Aida’s family settled in Toronto. She began performing at a young age and after several gigs became lead singer in a thirteen piece world music band called Kaleefah; which would lead to a Juno nomination. She also worked as a backing vocalist for Rita MacNeil and Patti Labelle, as well as with jazz musicians such as Jimmy Smith and Ruth Brown.

Shakura’s credentials include musical stage roles in productions such as “Ain’t Misbehavin” and “Momma, I Want to Sing.” She has performed in some of the most distinguished stages in the jazz world including the Apollo Theatre. Shakura was nominated four times as the Maple Blues “Female Vocalist of the Year” in addition to Entertainer of the Year in 2008. She was also a second runner-up at the 2008 International Blues Challenge in Memphis where she competed against more than 160 bands from more than 20 different countries.

So far this year she’s performed on the Legendary Rhythm and Blues Cruise in the Caribbean and appeared in Moscow, Abu Dhabi, Romania and Switzerland.  She also just performed her first concert with a symphony orchestra, a successful event in Wheeling West Virginia. 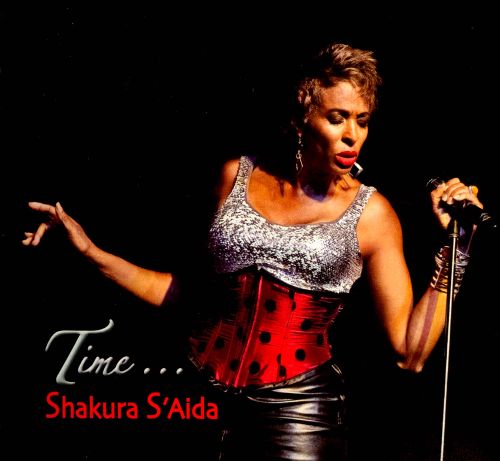 Time for the blues – Disc 2


This disc kicks off with Anders Osborne’s foot tapping “Ya Ya,” and then the soulful and rousing “GeeChee Woman.”  Ian Martin’s double bass and Anderson’s B3 on the fourth track “Tell Me Baby” will have you snapping your fingers along to this contagious groove. And the tunes just keep coming with the spoken & sung lyrics of “That Ain’t Right” that’s oh so Shakura.

As a change of pace S’Aida does a haunting rendition of Billie Holliday’s “Tell Me More, More And Then Some.” And then another Shakura original called “Blues Dancing” which features Kenny “Blues Boss” Wayne on piano… Disc 2 and Time comes to a dazzling close with a classy acoustic blues duet with Harrison Kennedy called “Halfway Blues.” I listened to the last track several times over as the chemistry between Harrison and Shakura was so very cool.

CD Release Concerts in Toronto  – Click on Links below For Further Info:

It’s amazing how Shakura can mix blues, rock, jazz, funk and even some gospel resulting in catchy, varying songs that hit you one after the other again and again…. Yes, she is absolutely THAT good!

After listening to this album several times, I felt even more compelled to write a piece for my readers, and anybody else who wasn’t familiar, so they could get a taste of this outstanding album. All the songs on this CD are well constructed, upbeat and addictive. The energy, creativity and level of professionalism all-round is awesome.

As I’ve often said throughout this blog’s existence; music is a healer and is the best prescription for the soul. If you haven’t heard of Shakura S’Aida or listened to her latest release yet, perhaps it’s about Time… Please feel free to share this article with others you think may be interested. You just might make their day, and possibly rock their soul.

So now I’d like to turn this page over to you. What do you think of Shakura S’Aida and her latest release Time…? Have you seen her perform before? I’d love to hear from you. Share your thoughts in the comments section below.