The Blues Foundation will present the 31st Annual Blues Music Awards (formally known as “W.C. Handy Awards,”) on May 6, 2010, from the Cook Convention Center in Memphis, Tennessee. Artists, industry reps and supporters from around the world will have the opportunity to celebrate the finest in Blues recording and live performance from 2009.

Growing up in the sixties many of the vinyl LP’s that were spinning around the house featured artists on Delmark Records. It was Delmark’s class acts that inspired so many of us, and as a result would contribute to my initial introduction to the blues. Today any

discussion regarding the genre and its illustrious past would not be complete without mentioning this historic label.

When I write about the blues I always tend to reminisce. It never fails whenever I hear a particular song or do some research; I seem to have some snippets of metaphors that have me drifting off…

Our car soared through the stillness of the dawn. Inside the vehicle you could hear my brother playing his lone acoustic guitar; recreating those classic sounds with tunes from blues legends like Junior Well’s “Hoodoo Man Blues” and Magic Sam’s “All Your Love.” The music captured the spirit of the moment and would inevitably be embedded into my earliest memories.

My father was taking my brother and me on one of our trips to visit family in Chicago. The three of us always left first thing in the morning, and I don’t mean 7 am. Some of that innate behavior my dad was known for (no doubt where I get it) had us on the road by at least three.

Hours later with the sun gradually rising, I opened my eyes to these sweet soulful sounds. My brother always took his position in the backseat where he had more room to do his thing. A young teen at the time with many years of practice under his belt, my bro played songs from LP’s he and my father had collected. Many were familiar to me as I heard him play it before in the room we shared while growing up… My brother’s guitar playing always compelled my dad to reach into his pocket and take out his harmonica. Of course he continued driving while playing his part as safely as possible. Just like a roller-coaster, the upbeat moments from our past are always the most treasured.

Back to the Present – Delmark’s 2010 Blues Music Award Nominees

Yes, The Blues Blogger is primarily a reflective blog indeed. But while these posts have me reminiscing about the past, I thought it might be cool to now take a look at some of the artists presently on Delmark’s roster which are currently nominated at the 2010 Blues Music Awards. The following lists of nominees have brilliant soulful backgrounds with strong links to the past. Their creative energy, commitment and talent are truly extraordinary.

In the spring of 2008 Delmark sponsored a 55th Anniversary party at Buddy Guy’s Legends club in Chicago featuring several of their artists. They celebrated the past while forging into the future, and created a moment with a DVD/CD compilation highlighting the night’s event for all to enjoy and forever recall.

Let’s Not Forget – The Sideman of the Year –

Album of the Year Nominee

Sharing the stage in the late fifties and sixties with fellow guitarist like Magic Sam and Luther Allison, Eddie C. Campbell is one of the last of the “West Side” blues artists remaining. His name is not as prominent as other blues performers of the past, but his resume is impressive. He schooled his craft playing behind greats like Little Walter, Jimmy Reed and Howlin’ Wolf. He was also a member of Willie Dixon’s Chicago Blues All-Stars band.

Tear This World Up is Eddie’s first album in a decade, and with a current nomination for “Album of the Year” at this year’s 2010 Blues Music Awards, It’s obvious that Campbell hasn’t lost a step in the creative process…

I should also note that on May 6th, 2010 the same day as the BMA’s, Eddie C Campbell will be celebrating his 71st birthday. Now wouldn’t taking home the award be the icing on the cake?

Getting her start singing gospel music in church at six years old in her hometown of Norfolk, Virginia, Johnson has been singing all her life. She eventually moved to Chicago in 1983 and continued her love for the blues.

In 2002 Delmark Records released her American debut CD Killer Diller; a record with a wonderful variety of gospel, R&B and soul. With her latest CD Blues Attack, Johnson attests that if you like your blues with lots of soul you’ve come to the right place. With this year’s nomination, the future for Shirley Johnson continues to look bright.

Like Shirley Johnson, Zora Young grew up singing gospel. Re-locating from her West Point, Mississippi home to Chicago at the age of seven, Young continued her gospel roots attending the Greater Harvest Baptist Church. A relative of blues legend Howlin’ Wolf, Young had music in her blood from day one. 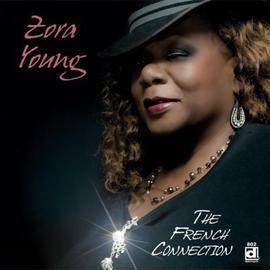 As time moved on, she got inspired by R&B and would eventually progress into the strong blues vocalist she is known for today. Young has performed with artists such as Junior Wells, Buddy Guy, Bobby Rush, Albert King and B.B. King. She has also recorded with Hubert Sumlin, Mississippi Heat and Willie Dixon among many others. Zora also has 30 tours of Europe to her credit as well being a featured performer six times at the Chicago Blues Festival.

The French Connection her latest release is collaboration with French multi-instrumentalist Bobby Dirninger. The CD showcases 14 tracks featuring three different bands and includes five live songs with nine studio recordings. The live tunes on the disc are from three different shows from Young’s 2008 tour in France. An eclectic record with half acoustic and the other half electric, The French Connection is a wonderful showcase of Young’s array of talent.

So there you have it…

A mixture of personal memories from yesteryear, a look at some of Delmark’s artists from the past and present, as well as a peek at the label’s nominations at this year’s 2010 Blues Music Awards. Good luck to all the nominees!

Are you familiar with any of the artists and their music featured in this post? Do you have any Delmark favorites that you would like to discuss? I’d love to hear from you! Your comments are most welcome and help broaden the subject matter which can’t be delivered in one post alone.

5 Responses to “Delmark Records: It Ain’t Over”